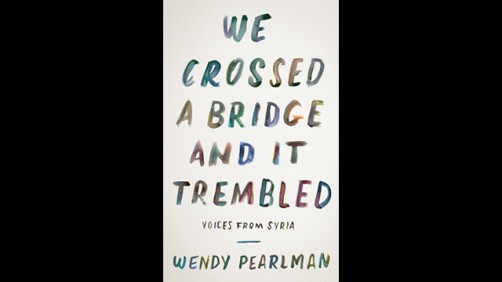 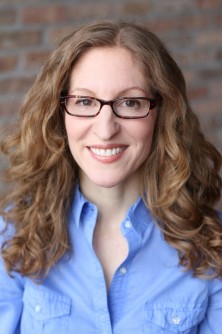 Newswise — EVANSTON - Wendy Pearlman was so moved by the courage and humanity in the stories ordinary Syrians told of their protest against a brutal regime, she interviewed more than 300 displaced Syrians in order to share their accounts with the world.

In her new book published Tuesday, “We Crossed a Bridge and It Trembled: Voices from Syria,” the Northwestern University professor recounts intimate wartime testimonies and poetic fragments from a cross-section of Syrians whose lives have been transformed by revolution, war and flight.

Pearlman, associate professor of political science in the Weinberg College of Arts and Sciences, traveled extensively for her research, interviewing hundreds of Syrians in the Middle East and Europe to tell the story of the origins of the protests, the war and the destructive forces it unleashed.

“Literally, the title is a reference to the power of people coming together to demand change,” Pearlman said. Read an interview with the author about her book on the Weinberg website. Northwestern magazine asked Pearlman to answer “Five Questions.” Read her answers here in the Summer 2017 issue.

Against the backdrop of the wave of demonstrations known as the Arab Spring, in 2011 hundreds of thousands of Syrians took to the streets demanding freedom, democracy and human rights. The government’s ferocious response and the refusal of the demonstrators to back down sparked a brutal civil war that over the past five years has escalated into the worst humanitarian catastrophe of our times.

Yet, despite all the reporting, the video and the wrenching photography, the stories of ordinary Syrians remain unheard, while the stories told about them have been distorted by fear, ignorance and political expediency.

This fierce and poignant collection changes that. The book (New York: HarperCollins, 2017) is a breathtaking mosaic of first-hand testimonials from the frontlines. Some of the testimonies are several pages long, eloquent narratives that could stand alone as short stories; others are only a few sentences, poetic and aphoristic.

Together, they build into an unforgettable chronicle that is not only a testament to the power of storytelling but to the strength of those who face darkness with hope, courage and moral conviction.

“I want readers to both understand Syria and to care,” Pearlman said. “The war in Syria is complex and confusing, and it is easy for outsiders to feel bewildered by it all. I hope the book will provide context and insight that will make the conflict seem less baffling. I also hope that it will encourage readers to put themselves in Syrians’ shoes and respect their bravery and resilience as people who have made great sacrifices to fight for freedom.”

Already, “We Crossed a Bridge and It Trembled” has earned critical acclaim.

Amazon.com selected the book as one of the “Best Books of the Month” for June. You can find it here.

“Pearlman spoke with hundreds of displaced Syrians,” Booklist said. “Common among the spare and haunting testimonies of these mothers, fathers, brothers and sisters are the loss and reappearance of hope, humanity and dreams of new freedom. This powerfully edifying work of witness is essential reading.”

Publishers Weekly observed, “It’s unsurprising to see the anger not just toward Syrian president Bashar al-Assad, but also toward the international community...Nonetheless, the book is filled with hope, informed by an understanding of the unity possible in spite of the discord sowed by Assad.”

The Library Journal called the new release: “A heartbreaking, human and necessary book. Recommended for anyone who wishes to better understand the Syrian conflict.”

Harper’s Magazine published excerpts of the book in its June issue. Read them here.

And Elle.com included the book among the “24 best books to read this summer.”