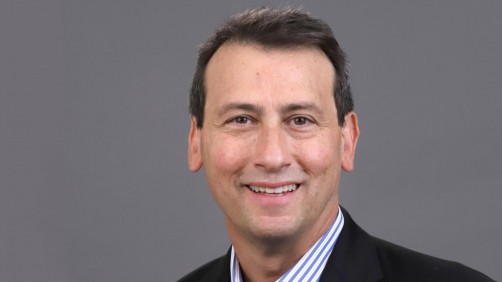 Election to the NAE – part of the 158-year-old National Academies of Science, Engineering, and Medicine – is among the highest professional distinctions accorded to an engineer.  Academy membership honors those who have made outstanding contributions to “engineering research, practice, or education, including, where appropriate, significant contributions to the engineering literature” and to “the pioneering of new and developing fields of technology, making major advancements in traditional fields of engineering, or developing/implementing innovative approaches to engineering education.”

The NAE specifically cited Rappaport’s contribution to the characterization of radio frequency propagation in millimeter wave (mmWave) bands for cellular communications networks. This marks the second consecutive year in which someone from NYU WIRELESS has been elected to NAE. Thomas L. Marzetta, distinguished industry professor of electrical and computer engineering, and director of NYU WIRELESS, was elected to the Academy in 2020.

Rappaport, also a professor of computer science at NYU Courant Institute of Mathematical Sciences and professor of radiology at the NYU School of Medicine, is known worldwide as a pioneer in radio wave propagation and wireless communications, circuits and systems, and for the wireless research centers he created. Over his career, he has founded three highly regarded wireless academic centers at NYU, the University of Texas at Austin, and Virginia Tech, and co-founded two companies that were sold to publicly traded firms.  His 2013 paper, “Millimeter Wave Mobile Communications for 5G Cellular: It Will Work,” articulated the virtues of spectrum between 30 to 300 gigahertz for 5G radio and beyond, and has been cited well over 5,000 times. In 2019,  he coauthored a vision paper for the future of wireless, “Wireless Communications and Applications Above 100 GHz: Opportunities and Challenges for 6G and Beyond,”

He has over 100 U.S. or international patents issued or pending and co- authored or co-edited more than 200 papers and 20 books in the wireless field, including the world's best-selling books on wireless communications, mmWave communications, and smart antennas.

Under his leadership, NYU WIRELESS researchers have done groundbreaking work on mmWave propagation, radio channel modeling, system simulation, and antenna technology —demonstrating that even the most challenging characteristics of mmWave radio can be overcome in both urban settings and in rural markets, presaging the viability of the mmWave regime for 5G, 6G and beyond. With other NYU WIRELESS researchers, he is exploring THz for ultra-fast, high-capacity data transmission and revolutionary applications for communications, medical imaging, precise position location, semiconductor testing, and new kinds of spectroscopy.

“I am deeply honored and humbled to receive this distinction, and am thankful to have had such wonderful students, colleagues, sponsors and supporters of my research and teaching efforts throughout my career,” Rappaport said.  “I am gratified that the hard work we have done has opened up spectrum that had long been considered fallow ground for consumer telecommunications. Now, it appears the fundamentals of 5G will carry the wireless industry forward for the next several generations and decades.”

In addition to his election to the NAE, Rappaport has received many prestigious honors throughout his career, including the IEEE Eric E Sumner Award (2020), election into the Wireless Hall of Fame (2019), a Fellowship in the National Academy of Inventors (2019), the  Radio Club of America (RCA)  Armstrong Medal (2018) and Sarnoff Citation (2000), the IEEE Communications Society’s Edwin Howard Armstrong Achievement Award (2015), the Institution of Engineering and Technology Sir Monty Finniston Medal (2011), and the Marconi Young Scientist Award (1990).

“I could not be more proud of Ted Rappaport and the NAE's recognition of his efforts to create technology for the good of society, which is so important to us at NYU Tandon. However, it comes as no surprise,” said Jelena Kovačević, dean of NYU Tandon. “Ted is preeminent in the wireless field, and his work helped blaze the path ahead for 5G and beyond.  We consider him an enormous credit to the school, applaud his work in democratizing access to bandwidth, and congratulate him for this recognition.”

Rappaport, along with 126 other new members and 23 international members, will be inducted during a ceremony at the NAE’s annual meeting on October 3, 2021.

About the New York University Tandon School of Engineering

The NYU Tandon School of Engineering dates to 1854, the founding date for both the New York University School of Civil Engineering and Architecture and the Brooklyn Collegiate and Polytechnic Institute. A January 2014 merger created a comprehensive school of education and research in engineering and applied sciences as part of a global university, with close connections to engineering programs at NYU Abu Dhabi and NYU Shanghai. NYU Tandon is rooted in a vibrant tradition of entrepreneurship, intellectual curiosity, and innovative solutions to humanity’s most pressing global challenges. Research at Tandon focuses on vital intersections between communications/IT, cybersecurity, and data science/AI/robotics systems and tools and critical areas of society that they influence, including emerging media, health, sustainability, and urban living. We believe diversity is integral to excellence, and are creating a vibrant, inclusive, and equitable environment for all of our students, faculty and staff. For more information, visit engineering.nyu.edu.

NYU WIRELESS is a multi-disciplinary academic research center that is pioneering 6G communication networks, and pursuing foundational theories for future millimeter wave and Terahertz systems. Centered at the NYU Tandon School of Engineering, and involving more than 100 faculty and students throughout the entire NYU community, NYU WIRELESS offers its faculty, students and Industrial Affiliate members a world-class research environment that is creating fundamental knowledge and techniques for next-generation mass-deployable wireless devices and systems across a wide range of applications and markets. This center combines the NYU Tandon School of Engineering, NYU School of Medicine, and NYU Courant Institute of Mathematical Sciences, and offers a depth of expertise with unparalleled capabilities for the creation of new wireless circuits and systems as well as new health care solutions for the wireless industry. For more information, visit www.nyuwireless.com.