The Silent Pain of Endometriosis 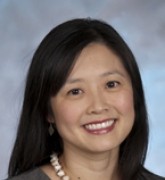 Newswise — MAYWOOD, IL – March is Endometriosis Awareness Month. To shed light on the condition, Loyola Medicine obstetrician-gynecologist Linda Yang, MD, FACOG, shares what women should look for and how to address the painful condition with their doctor.

Affecting one in 10 women, endometriosis is a condition that most women suffer with in silence. Sometimes misdiagnosed, women can go years without treatment.

Endometriosis is a relatively common condition that can affect the ovaries, fallopian tubes and tissues that line the pelvic floor.

"Tissue normally found in the uterus gets deposited outside of the uterus," Dr. Yang said. "These outside locations are primarily near the uterus, the ovaries or the fallopian tubes. Less commonly, endometriosis can be found in the upper pelvic area or intestine."

Diagnosis begins with a discussion with a physician, including a health history. A diagnosis can be confirmed with an ultrasound or laparoscopy – a minimally invasive surgery in which a fiber-optic instrument is used to view organs.

For most patients, the most common symptom of endometriosis is severe pelvic pain. "A lot of women think the pain is normal, or something to just deal with," Dr. Yang said. "But constant, excruciating pain should be discussed with your doctor."

Other symptoms can include:

While doctors can't pinpoint the exact cause of endometriosis, several possible causes have been proposed. "It’s a very complex disorder," Dr. Yang said. "There are many complex ideas as to how it originates. In some patients, there may be a genetic component."

Research has also linked endometriosis to retrograde menstruation. In this condition, menstrual blood containing endometrial cells flows backward, through the fallopian tubes into the pelvic cavity. Another possible cause is scar tissue from a surgical procedure such as a hysterectomy or C-section, which may cause endometrial cells to migrate to other parts of the body. (Endometrial cells come from the endometrium, the mucous membrane lining the uterus.)

Treatment usually includes pain management with nonsteroidal anti-inflammatory drugs such as ibuprofen (Motrin) and naproxen (Aleve). Hormone therapy, including hormonal contraceptives and gonadotropin-releasing hormone drugs, also can be used to relieve pain. Rarely, a hysterectomy may be offered in the most extreme cases.

Short of a hysterectomy, there's no cure for endometriosis. But the condition can be effectively managed. "Patients respond to different treatments differently," Dr. Yang said. "Work with your doctor to find what works best for your particular case."

Dr. Yang advises women with endometriosis to self-advocate and speak up during doctor visits. "The responsibility is on both ends," Dr. Yang said. "Bring up your concerns so your gynecologist can understand and acknowledge this is affecting you on a daily basis."