The Truth is Way, Way Out There 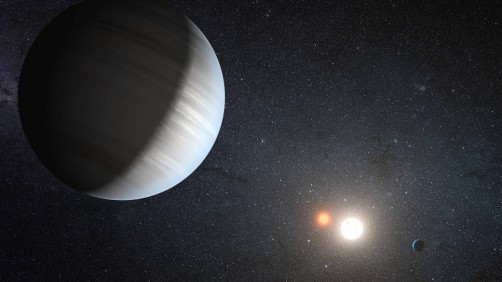 Kepler-47 is a series multiple planets orbiting a binary star system about 5,000 light years away. The exoplanets' discovery affected theories of planetary systems around binary stars. 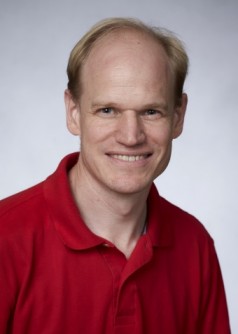 Jason Steffen, an assistant professor of physics and astronomy at UNLV, discusses the ways in which exoplanet research have shaken up the theoretical models.

Newswise — Humans have long wondered if there are planetary systems like our own orbiting distant stars; how those planets compare to Earth's familiar siblings; and if the conditions on them might show that reality is far grander than fiction. Well, we didn't have to look very far to find some of the most bizarre, extreme, and unexpected blobs of gas and rock imaginable.

Beginning with the earliest discovery of a planetary system orbiting the spinning corpse of a dead star and subsequent discoveries of Jupiter-sized planets that nearly graze the surface of their stellar host; puff-ball planets with the density of Styrofoam; blazing hot planets that are being vaporized by intense radiation; close planet pairs whose orbits practically lie on top of each other; and planets orbiting multiple stars at once, exoplanet discoveries have challenged our understanding of how we once thought planetary systems formed and evolved.

That kind of challenge is at the very heart of modern science. Scientists learn the most when new data breaks the prevailing theory. Sometimes the theory breaks in a small way, and a small correction or addition is all that is needed to bring agreement between the data and the model. Sometimes, the break is more fundamental and requires a large-scale overhaul in how we understand our universe.

For example, from the solar system, we would expect to find gas giant planets like Jupiter and Saturn far from the sun where volatile material (like water or methane) condense into ices. However, the first exoplanets discovered orbiting a sun-like star were gas giants like Jupiter whose orbits are 10 times closer to their star than Mercury is to the sun. Their surface temperatures would be thousands of degrees. Using our solar system as a guide, these planets shouldn't exist at all.

When it comes to the formation of the solar system, and our understanding of how it evolved, our theory has done a remarkable job of explaining what we observe about the planets, their moons, and the groups of asteroids and comets. We now know of several thousand planets outside of the solar system. However, only a small handful of them look like what we would have expected.

The last two decades have been a free-for-all of discovery. New planet detections didn't need to use large instruments or large surveys. You could find a new planet using a small camera mounted on a tripod. New discoveries have poured in so rapidly that it has been a struggle to grapple with all of the data. Now, with data from NASA's Kepler mission (the premier instrument for anyone researching expolanets) and other existing and planned surveys, we can be more systematic in our approach to understanding how planetary systems are built.

Some of our advances in understanding come from the detailed study of individual systems. Some advances come from understanding collections of systems as a statistical sample. Either way, we undoubtedly will learn much about ourselves and our origins as we characterize the variety of planetary systems that nature produces, and update our theories to incorporate that new information.