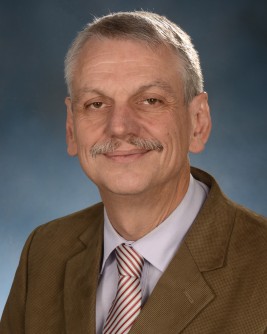 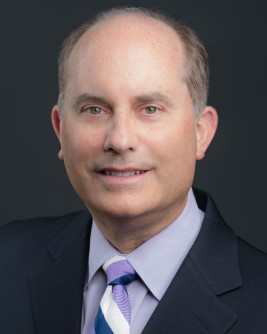 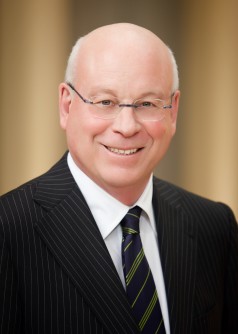 ASTRO awards its annual Gold Medal to individuals who have made outstanding lifetime contributions in the field of radiation oncology, including achievements in clinical patient care, research, teaching and service to the profession. In the award’s 41st consecutive year, the new awardees join an exclusive class of 81 Gold Medalists selected over the decades from the Society’s more than 10,000 members.

“It is a privilege to bestow the ASTRO Gold Medal upon these three great men, who have all contributed to the specialty in a myriad of ways,” said ASTRO Board of Directors Chair David C. Beyer, MD, FASTRO. “Honoring these colleagues is a highlight of my role as Board Chair, made even more so by the fact that they are selected for this highest accolade by their peers.”

Søren M. Bentzen, DSc, PhD, is passionate about science and math. By the numbers, this passion has led to more than 400 published articles, around 1,400 scientific citations per year, more than 300 invited talks at international scientific meetings, 54 visiting professorships, 15 trial steering committee memberships and four clinical trial or research group chairmanships.

With stats like those, it’s no wonder that his nominating letters for the ASTRO Gold Medal contained descriptions of Dr. Bentzen like, “leader in the field,” “one of the top scientists” and “preeminent researcher in the world.”

Dr. Bentzen is currently a professor and director of the Division of Biostatistics and Bioinformatics in the Department of Epidemiology and Public Health at the University of Maryland School of Medicine in Baltimore. He holds a secondary faculty appointment there as a professor of radiation oncology and is a member of the University of Maryland Marlene and Stewart Greenebaum Comprehensive Cancer Center, as well.

After earning his doctorate in medicine and medical physics from the University of Aarhus in Denmark, Dr. Bentzen was a visiting scientist at the University of Texas MD Anderson Cancer Center from 1987–1988. While in Houston, he studied under radiation oncology stalwarts, such as Howard Thames, PhD, FASTRO, Lester Peters, MD, FASTRO, and K. Kian Ang, MD, PhD, FASTRO, all ASTRO Gold Medalists themselves.

“I came into this field at a great time,” said Dr. Bentzen. “Radiation therapy has undergone quite a renaissance. The progress we’ve made in understanding radiation biology and molecular cancer biology has revolutionized the way radiation oncology is practiced.”

Indeed, Dr. Bentzen has played a large role in that understanding. For years, he has studied the long-term effects of normal tissue toxicity as a result of radiation treatment. According to one nominating letter, “Søren’s work on normal tissue injury is probably the most important work of this type in the radiation oncology literature.”

This work led him to consider dose-fractionation schedules and how radiation therapy might be best tailored to maximize tumor control while minimizing toxicity to normal tissue. In another nominating letter, the writer concludes, “His work on modeling and fractionation have been essential to how we can use radiation safely in the clinic.”

Dr. Bentzen is now focusing on a new frontier of cancer care: personalized medicine using big data to better tailor treatments. He said, “At the end of the day, it’s about optimizing the treatment for each individual. There are so many new possibilities that we didn’t have 15 years ago. With population-level registry data and electronic health records and then with what we know about genomics—combining data and knowledge across all of those fields is challenging and also very exciting.”

Louis B. Harrison, MD, FASTRO, is a renaissance man of radiation oncology. From developing a customized high-dose-rate (HDR) radiation therapy applicator to writing a textbook to leading multidisciplinary teams, Dr. Harrison’s accomplishments in the field are varied and far-reaching.

Dr. Harrison began his medical career in surgery, receiving the Clarence Dennis Society Prize for Surgical Scholarship for the State University of New York (SUNY) Downstate College of Medicine’s class of 1982. But he soon switched paths to radiation oncology, saying, “I thought radiation oncology had the best opportunity for curing cancer while optimizing functional outcome and quality of life.”

His surgical background has proven effective for forging partnerships with clinicians across all oncologic specialties. As more people see the value in multidisciplinary cancer care, Dr. Harrison gladly welcomes them to the club—he has been a leader in comprehensive cancer care for decades.

“Radiation oncology is one of those specialties that mixes strongly with many other areas—surgery, medical oncology, imaging, pathology, genomics, immunology, biology, mathematics—but none of us can cure cancer by ourselves,” said Dr. Harrison.

From 1999–2014, he served as the Physician-in-Chief of Continuum Cancer Centers of New York and was instrumental in developing multidisciplinary programs across all cancer sites in the Continuum health care system. Under his leadership, the cancer program received Gold Level Accreditation for the Continuum Network from the American College of Surgeons Commission on Cancer, one of the few health systems to earn this level of accreditation.

Dr. Harrison is an authority in the field of head and neck and skin cancer:  he literally wrote the book on it. Dr. Harrison is the lead editor of the major textbook, “Head and Neck Cancer: A Multidisciplinary Approach,” currently in its fourth edition. According to one of Dr. Harrison’s nominating letters, “his contributions in brachytherapy and intraoperative radiation therapy (IORT) have shaped the field.”

Developing novel therapies and new ways to deliver treatment has always been a motivator for Dr. Harrison. He was one of the first investigators to combine concomitant chemotherapy with radiation therapy for head and neck cancer, now a standard of care. Along with Lowell Anderson, DSc, and Felix Mick, Dr. Harrison created the Harrison Anderson Mick (HAM) Applicator, a medical device used to deliver HDR brachytherapy or HDR IORT treatments.

Never one to rest on his laurels, Dr. Harrison brought his entrepreneurial spirit to the Board of Directors of ASTRO from 2005–2009. As President and Chair, he advocated for a name change for the Society to stress the importance of cancer care to its members. At ASTRO’s 50th Annual Meeting in Boston in September 2008, the membership voted to change its name from the American Society for Therapeutic Radiology and Oncology to its current name, the American Society for Radiation Oncology.

After spending most of his career in New York, Dr. Harrison joined the H. Lee Moffitt Cancer Center and Research Institute in Tampa, Florida, in 2014. He serves Moffitt as the Chair of Radiation Oncology, as well as Deputy Physician-in-Chief.

“Coming to Moffitt was a big decision for me. I think Moffitt is a great place to collaborate with outstanding multidisciplinary colleagues and pursue team science,” said Dr. Harrison. “That’s an integral step to fulfill our dream of developing personalized radiation therapy.”

Michael L. Steinberg, MD, FASTRO, is driven by his professional commitment to provide excellence in patient care through his expertise in health policy, and he has worked tirelessly in service to the specialty of radiation oncology as an advocate and leader.

“I am grateful and humbled to receive this recognition from my peers,” Steinberg said. “For me, this award celebrates the incredible advances we have achieved in radiation oncology and cancer treatment, but also underscores the continued need to combine clinical research with effective health policy to best provide our patients with state-of-the-art care.”

Following his graduation from the University of Southern California School of Medicine, Dr. Steinberg completed a postgraduate year in surgery at LAC+USC Medical Center, before entering the radiation oncology residency and fellowship program at the University of California at Los Angeles (UCLA).

“Early in my medical training, I found that I was most comfortable taking care of patients with the most significant and severe health problems,” Dr. Steinberg said of his decision to specialize in radiation oncology. “I quickly learned that cancer patients are among the most heroic patients one can see in the practice of medicine.”

In the early years of his private medical practice, Dr. Steinberg developed an expertise in health care economics and health policy through teaching and working in health services research at UCLA and the Rand Corporation. Dr. Steinberg was tapped to serve as a representative to the Relative Value Update Committee (RUC) for ASTRO from 1997–2002 and as the radiation oncology representative to the CPT Editorial Committee from 2002–2010. As one of his nominating letters put it, “There is a debt owed to Dr. Steinberg by all radiation oncologists for the many tireless years of work he put in to the CPT Panel, due to his deep understanding of complex health care and reimbursement issues.”

Dr. Steinberg understood and foresaw the increasing demands of managing health care economic issues for the specialty of radiation oncology. “This is not just about billing, this is also about access to radiation oncology care and the quality of that care,” Dr. Steinberg would say. In 2002, the Health Policy Council was formed as part of the reorganization of ASTRO governance. Dr. Steinberg was subsequently elected to the ASTRO Board of Directors as the inaugural Chair of the Health Policy Council, from 2003–2007.

In 2008, Dr. Steinberg’s career took a turn when he left community practice to become Professor and Chair of the Department of Radiation Oncology for the David Geffen School of Medicine at UCLA, a post he still holds. “Although it is unusual for someone to go from private practice to a leadership position in one of the great research universities, Dr. Steinberg has all of the qualities needed and it rapidly became clear that he was made for the position,” wrote one of his nominators.

Under Dr. Steinberg’s leadership, the department has become a leader in radiation oncology research and education. “The residency program expanded and all divisions of the department have seen a significant increase in extramural research funding,” added another of his nominators. “The department is now clearly a marquee program within a marquee institution.”

In 2010, Dr. Steinberg was elected to the presidential track of ASTRO. In addition to his advocacy for the specialty of radiation oncology on Capitol Hill and with the Centers for Medicare and Medicaid Services, Dr. Steinberg introduced the notion of the Value Proposition in health care for radiation oncology. He also led ASTRO Board initiatives such as “Choosing Wisely” and the RO-ILS: Radiation Oncology Incident Learning System®.

Dr. Steinberg is considered a national expert in the value in cancer care and he has been invited to speak at the Institute of Medicine and numerous academic cancer centers about the topic. He currently serves on national technology assessment forums, bringing valuable representation for the specialty to the process. Dr. Steinberg has also been appointed to a number of leadership posts, including Director of Clinical Affairs for UCLA’s Jonsson Comprehensive Cancer Center and, after election by his peers, to the Chair of Clinical Chairs for the David Geffen School of Medicine at UCLA. He also sits on the executive governing group for UCLA Health.

ASTRO is the premier radiation oncology society in the world, with more than 10,000 members who are physicians, nurses, biologists, physicists, radiation therapists, dosimetrists and other health care professionals who specialize in treating patients with radiation therapies. As the leading organization in radiation oncology, the Society is dedicated to improving patient care through professional education and training, support for clinical practice and health policy standards, advancement of science and research, and advocacy. ASTRO publishes three medical journals, International Journal of Radiation Oncology • Biology • Physics (www.redjournal.org), Practical Radiation Oncology (www.practicalradonc.org) and Advances in Radiation Oncology (www.advancesradonc.org); developed and maintains an extensive patient website, RT Answers (www.rtanswers.org); and created the Radiation Oncology Institute (www.roinstitute.org), a nonprofit foundation to support research and education efforts around the world that enhance and confirm the critical role of radiation therapy in improving cancer treatment. To learn more about ASTRO, visit www.astro.org.