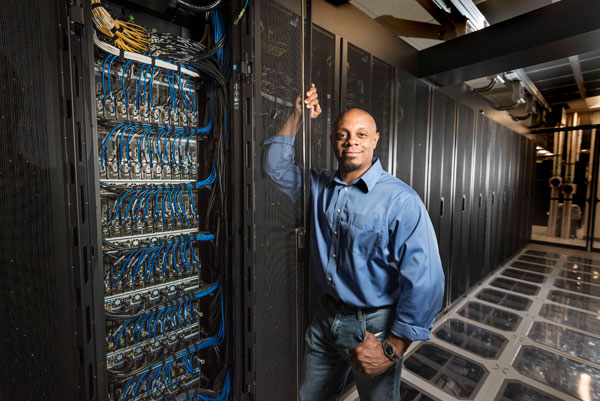 Sandia National Laboratories’ Warren Davis, an expert in machine learning, has been selected to receive the 2019 Research Leadership Award for being “a consistent leader in discovering, developing and implementing new technologies,” according to the award citation. 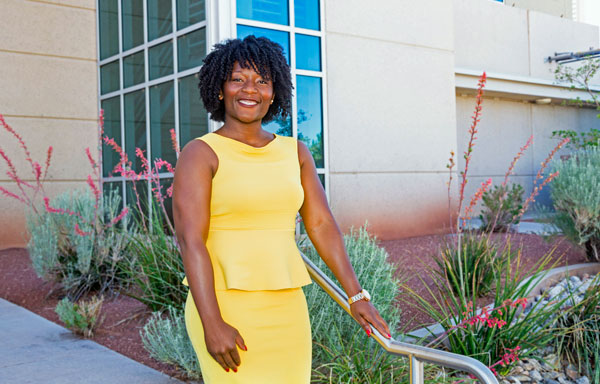 Olivia Underwood, who oversees the production of long-lasting, specialized electrical connectors at Sandia National Laboratories, has been selected to receive a 2019 Science Spectrum Trailblazer Award for “actively creating new paths for others in science, research, technology and development,” according to the award citation. 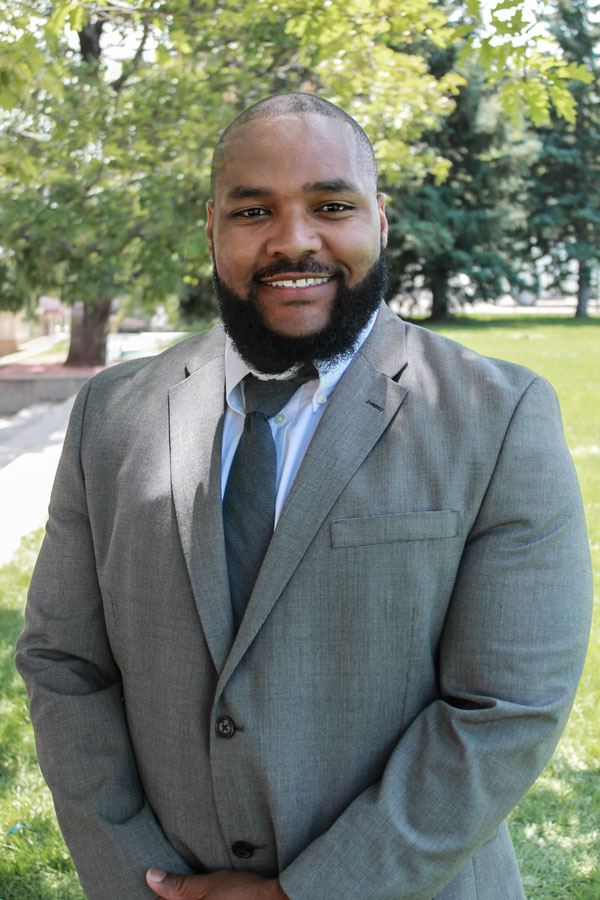 Quincy Johnson, a production engineer at Sandia National Laboratories, has been selected to receive a 2019 Modern-Day Technology Leader Award for “shaping the future of engineering, science and technology,” according to the award citation.

Warren Davis, Quincy Johnson and Olivia Underwood received their awards during the conference in Washington, D.C., Feb. 7-9. The annual meeting recognizes black scientists and engineers and is a program of the national Career Communications Group, which advocates for corporate diversity.

This scientist wants to help you see like a computer

If you saw all the aquariums that fill Davis’ home, you might think he was a pet lover. But you’d be wrong.

Davis just has a passion for recreating things.

“I’ve got a sand bed that does denitrification in a certain layer,” mimicking a natural aquatic ecosystem, Davis said. “I’ve got animals that sift the sand bed so it doesn’t become anoxic. I have things that eat uneaten food particles that get trapped under the rocks.” It’s not a perfect model, he said, but it’s close.

Davis is also adept at recreating natural, mechanical processes to solve problems in engineering. In these cases, he takes natural phenomena — like air flowing over a surface or a person taking a step — and uses machine learning to explain them mathematically with an equation, also called a function. Machine learning can approximate complex processes much faster than they can be numerically solved, which saves companies time and resources if, for example, they want to predict how well a proposed aircraft design would hold up in flight. These savings compound when designers want to simulate multiple iterations.

“That’s what I do. I try to learn the functions that we care about,” Davis said.

He also has taken a leadership role helping Sandia and its business partners incorporate machine learning into their own research and development programs. On multiple occasions, he says, this addition has transformed the way they work, making their research more efficient and agile long after his project with them has ended.

“When I’m able to take a data set and come up with something people haven’t seen before or some underlying function it is truly an amazing, almost magical feeling,” he said.

This leader lifts from both ends of Sandia’s supplier partnerships

As a product engineer, Johnson is a master of bringing together the worlds of design and manufacturing. He serves as the liaison for several companies that produce components for Sandia, leading from both sides of these partnerships and by so doing enabling Sandia to deliver on its national security mission.

Johnson entrenches himself into the supply chain to ensure partner companies succeed. He engages in planning, manufacturing, troubleshooting, quality control and documentation to improve and increase production. He has helped companies that have never made these components for Sandia become qualified suppliers. He also investigates production issues and observes and evaluates supplier processes to make sure output is consistent.

“Sometimes you need to understand the little nuances in the way one person performs a task” he said. “You need to make sure that’s documented in the work instructions and written in a way anyone can understand in case that person ever changes.”

For example, something as seemingly minor as the way a worker cleans out equipment could ultimately have an impact on product performance.

Johnson doesn’t spend all his time with suppliers, though. At Sandia, he provides leadership as the voice of production from the beginning of a product’s development through the end of its life. Johnson supported multiple teams simultaneously as their components transitioned into production to ensure their designs implemented the proper production standards and would ultimately be manufacturable. In this role, Johnson took the initiative to individually mentor and guide certain teams that were lacking considerable production experience, effectively filling the void.

In 2015, Underwood was one of 312 black women in the United States who earned doctoral degrees in science, technology, engineering or mathematics. Together, they represented a mere 1.1 percent of all such degrees. Now, Underwood leads a team of engineers and is creating pathways for others to follow.

Her motivation in part is to change the picture she has seen throughout her career. “There are very few minority women in STEM fields,” said Underwood, the first African American to receive a doctoral degree in materials science at The University of Alabama in Huntsville.

Prior to joining Sandia, Underwood voraciously sought out opportunities to work on a vast range of mechanical systems, reporting back to her school which opportunities were best for students in her metallurgical and materials engineering program. She performed analyses on minivan components for a subsidiary of Honda Motor Co. and on military helicopters for a subsidiary of CGI Group at Redstone Arsenal, home to the U.S. Army’s Aviation and Missile Research Development Center. She worked at a Chevron Corp. oil refinery and developed a cost-saving strategy for American Cast Iron Pipe Co. She has also worked with three national laboratories, including Sandia, which hired Underwood as a postdoctoral researcher in 2015.

Now, Underwood oversees the development of specialized electrical connectors. Her experience in metallurgy gives her team an advantage diagnosing defects in materials, so products work reliably for decades.

Her work has been recognized internationally. In 2017, Underwood was selected as one of the two USA Early Career Scholars to attend the European Microbeam Analysis Society 2017 conference in Konstanz, Germany, where she presented her research on abnormal grain growth in a nickel alloy.

Her focus on professional growth has been matched by a determination to create pipelines of talent for the future. She teaches “What is Materials Science?”, a Sandia-sponsored summer class for middle school and high school students.

“I wasn’t exposed to the field of materials science until I went off to college. I want students to be aware of this amazing field early on in life,” she said.

In 2018, she established the Dr. Olivia D. Underwood Scholarship at her alma mater, Bibb County High School, and presented it to a female, African American graduating senior.

Underwood was honored with a Science Spectrum Trailblazer Award, given to “men and women actively creating new paths for others in science, research, technology, and development,” according to the award citation. She will also receive the 2019 Frank Crossley Diversity Award from The Minerals, Metals & Materials Society, which will be presented March 13 at the group’s annual meeting in San Antonio, Texas.

Caption: Sandia National Laboratories’ Warren Davis, an expert in machine learning, has been selected to receive the 2019 Research Leadership Award for being “a consistent leader in discovering, developing and implementing new technologies,” according to the award citation.

Caption: Olivia Underwood, who oversees the production of long-lasting, specialized electrical connectors at Sandia National Laboratories, has been selected to receive a 2019 Science Spectrum Trailblazer Award for “actively creating new paths for others in science, research, technology and development,” according to the award citation.

Caption: Quincy Johnson, a production engineer at Sandia National Laboratories, has been selected to receive a 2019 Modern-Day Technology Leader Award for “shaping the future of engineering, science and technology,” according to the award citation.