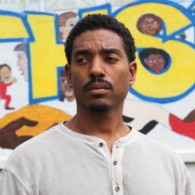 Newswise — There will be no fear of a viral #GrammysSoWhite campaign. With the nominations out Tuesday, artists of color swept many of the top nominations, with Jay-Z, Kendrick Lamar, Bruno Mars, Childish Gambino, Khalid, No I.D. and Sza leading the pack.

Don’t expect this to be a one-off, said Frederick Gooding Jr, an ethnic studies professor at Northern Arizona University who researches African-American history and critical race theory in media, movies and sports. R&B and hip-hop have been part of the American music scene for years and are influential in music, movies and pop culture, including crossovers with Martha Stewart and Sprouts.

But the nominations aren’t necessarily reflective of an unusually good year for artists of color. It is likely not that much different from the five to seven years prior with respect to steady sales, tour dates and airplay, Gooding said. These nominations may be a culmination of older voters no longer resisting recognition of the earning power of black music and from sensitivity of not wanting to appear "tone deaf" like the Academy Awards did when the #OscarsSoWhite campaign illustrated the lack of diversity represented in nominations.

In addition to his research, Gooding founded a Hip-Hop Appreciation Week at NAU and is an adviser for the Black Student Union and the Gold and Brown Jacks.