A lack of representation in front of and behind the camera have perpetuated stereotypes and contributed to a “toxic” climate where sexual harassment could thrive, contend faculty at CSU San Marcos and San Diego State. 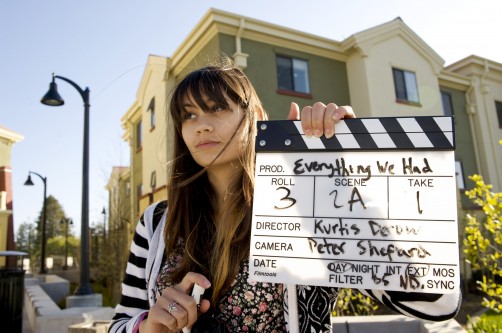 ​More diversity is needed in key behind-the-scenes roles in Hollywood films, argue two CSU professors who, alongside their students, are leading efforts on their respective campuses to raise awareness of the issue.

Newswise — When the 90th Academy Awards take place this Sunday, March 4, audiences will no doubt hear about not just the cinematic achievements of the past year but also the strides made in building more diversity in entertainment.

And while there has been progress, two California State University professors in film studies say it's not nearly enough.

Through national tribal partnerships and affiliations, The Native Networkers provide tribal community expertise to guide media toward more accurate and fair representation, Dr. Proudfit says. "Film and TV have always been powerful weapons against Native people, whether it be negative portrayals that reinforce Manifest Destiny-derived mythologies or lack of representation overall," she explains.

The group recently worked with director Scott Cooper on his film "Hostiles." Set in 1892, it tells the story of an army captain (played by Christian Bale) who reluctantly agrees to escort a dying Cheyenne war chief (played by Native American actor Wes Studi) and his family back to tribal lands.

"Part of the problem is that most mainstream content is generated by non-Native people, without a true sense of partnership with authentic native engagement," Proudfit says.

In speaking to Indian Country Today, director Cooper lauded The Native Networkers' services: "The consultants on this film have been extraordinary and have taught me things that my research never could have. They were on set every day to help the actors with language, with gestures, with rituals. Their work was of the utmost importance and it was deeply gratifying for all of us."

Lack of Diversity Tied to #MeToo

The entertainment industry also has plenty of room for improvement when it comes to hiring more diverse crew and creative professionals, including writers, directors and producers.

Proudfit would like to see more Native American and Indigenous film professionals driving more of the conversation in Hollywood, which, she says, will move discussions beyond "diversity quotas."

And long before the current focus on getting more women into key roles in the making of movies and TV, Martha Lauzen, Ph.D., professor of film and television, was studying and documenting these gender disparities at San Diego State University.

In fact, Dr. Lauzen recently published her 20th annual "Celluloid Ceiling" report, which again analyzed the employment of women on the top-grossing films of 2017.

​The study monitored 5,342 films and found that women continue to be largely underrepresented in the industry, especially behind the scenes. Just one percent of 2017's top-grossing films employed 10 or more women in key behind-the-scenes roles.

"The film industry has utterly failed to address the continuing under-employment of women behind the scenes," says Lauzen, director of the Center for the Study of Women in Television and Film. "This negligence has produced a toxic culture that supported the recent sexual harassment scandals and truncates the careers of so many women."

The center generates a number of large annual studies that analyze women's representation and portrayal in film, advocating for change behind-the-scenes and on-screen.

Much more work is needed to improve diversity and representation in media and film, whether women or Native cultures.

Back at CSU San Marcos, Proudfit has established the American Indian Digital Media and Culture Project, which advocates for the investment in the next generation of Indigenous media makers.

​"As Native Americans with decades of media experience, we know there is value in involving Native Americans in mass media," Proudfit says. "Audiences have shown that diversity sells and is appreciated in the media marketplace."

Learn more about Dr. Proudfit and The Native Networkers and Dr. Lauzen's Center for the Study of Women in Television and Film.