3-May-2012 9:00 AM EDT, by University of Pennsylvania School of Nursing Edit Institution
favorite_border 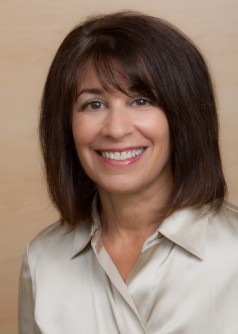 Newswise — Alarming increases of Type 2 diabetes in children are no closer to being managed successfully according to a study in The New England Journal of Medicine showing common diabetes-control medications failed to work in children.

The study also found that because children develop Type 2 diabetes at younger ages, there is an increased lifetime risk for serious complications such as heart attack and stroke. Terri H. Lipman, PhD, CRNP, of the University of Pennsylvania School of Nursing, was a co-investigator in this multi-center study. Dr. Lipman, the Miriam Stirl Endowed Term Professor of Nutrition and professor of nursing of children, is an expert in pediatric diabetes.

“Increases in childhood obesity have yielded an increased incidence of Type 2 diabetes in children,” said Dr. Lipman, who has a clinical practice at The Children's Hospital of Philadelphia. “It is important to understand that the epidemic of Type 2 diabetes in youth is secondary to high caloric intake and low activity. Both of these causes are a result of a multitude of socioeconomic factors that include food deserts and lack of safe places for activity.”

Researchers analyzed 699 overweight children, ages 10 to 17, who were recently diagnosed with Type 2 diabetes, and found that 46 percent of those treated with the drug metformin, commonly used for diabetes control in adults, were not able to maintain healthy blood sugar levels. They needed to begin more powerful insulin injections within slightly less than a year. Among all the study participants, one in five had a serious complication such as very high blood sugar, typically leading to hospitalization. The study also suggested that a healthy lifestyle has little bearing on the effectiveness of treatment.

Healthcare providers began noticing a significant increase in cases of Type 2 diabetes in children in the 1990s, especially among African-Americans and Hispanics from low-income families. The problem started even earlier in American Indians. Data from the Philadelphia Pediatric Diabetes Registry demonstrate that Type 2 diabetes is six times more common in African-American children than in Caucasian children. The Philadelphia registry, developed and maintained by Dr. Lipman, is the only such registry in the US operating since 1990.

The purpose of the current study was to identify the best treatment for youth with Type 2 diabetes. All participants were overweight, some very obese. All received diabetes education, with the support of a parent or guardian. They were then assigned at random to one of three groups. One group took only metformin, a standard diabetes medication (also called Glucophage). Another took metformin and a second medication, rosiglitazone (also called Avandia). A third group took metformin and went through an intensive diet, exercise, and weight-loss program, which has been successful in adults. All participants were followed for an average of four years.

“There is disappointment that the lifestyle intervention was not more effective, particularly because this intensive intervention included both a personal activity-nutrition leader (a study member acting as a lifestyle coach) and a family member designated for support throughout the intervention,” said Dr. Lipman. “What we have learned is that the effect of the obesity-prone environment of these youths is even more difficult to overcome than we had predicted.”

While better treatments are needed to manage Type 2 diabetes in children, Dr. Lipman said that prevention is key.

“If we are ever to arrest the rise of Type 2 diabetes in youth we must intervene with those at risk for this preventable disease,” said Dr. Lipman. “This major public health problem must be addressed through collaboration among researchers, clinicians, and community partners.”

The University of Pennsylvania School of Nursing is one of the premier research institutions in nursing, producing new knowledge in geriatrics, pediatrics, oncology, quality-of-life choices, and other areas. Researchers here consistently receive more research funding from the National Institutes of Health than any other private nursing school, and many Master’s programs are ranked first in the country. This year, faculty, students, alumni, and staff celebrate 125 years of nursing at Penn.