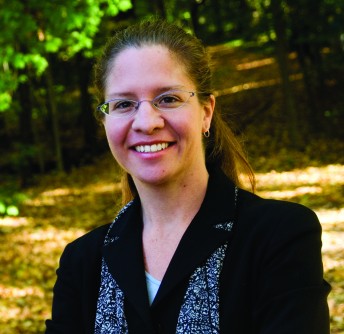 BLOOMINGTON, Ind. -- This week’s United Nations Commission of Inquiry on Human Rights report on North Korea contains nearly 400 pages of documentation, including drawings from a former prisoner at one of the government’s prison camps. The report confirms the harrowing and terrifying stories that have emerged from the Kim family’s oppressive rule for more than 50 years. But according to an Indiana University Maurer School of Law expert on the subject, the commission’s findings offer a glimmer of hope for the country and its 25 million oppressed citizens.

“By referring North Korean leader Kim Jong-un to the International Criminal Court and urging the international community to hold his brutal dictatorship accountable, the commission is exerting considerable pressure on the regime,” said Christiana Ochoa, professor of law at the IU Maurer School of Law. She added that the commission’s appointment of Michael Kirby as its chair underscores the U.N.’s commitment to putting pressure on the situation in North Korea.

“Michael Kirby is a renowned scholar of international law and of human rights, and we must take seriously the parallels he draws between North Korea and Nazi Germany,” she added.

Kirby, Australia's former High Court justice, has a longstanding relationship with IU, having served as a member of the Kinsey Institute Board of Governors and as the George P. Smith Professor/Chair at the Maurer School.

Ochoa pointed out that the external pressure on North Korea is being magnified by increased agitation within the country.

“In order to maintain political control, the authoritarian regime makes every effort to keep information from entering, exiting or moving within North Korea," she said. "However, the growing community of North Korean citizens who have escaped the regime is increasingly providing assistance to friends and family who are still trapped there, mainly by finding ways to provide them with information about life outside the regime, and about the realities of government-sponsored atrocities within their regime. As a result, there appears to be a greater sense that a regime change might actually be possible.

“If internal and external pressures on the regime continue to increase going forward, we may soon look back on this moment as the beginning of the end of the world’s most pressing human rights problem.”

Ochoa is director of the IU's Ph.D. minor in human rights program and an expert on international human rights. Her scholarship has regularly explored the role of information in the promotion and protection of human rights. She has worked for a number of such organizations in Colombia, Brazil and Nicaragua and has lived for extended periods in Latin America and has significant academic and other work experience in that region. She is available to comment on the U.N. Commission of Inquiry’s report and other related matters and can be reached at [email protected] or 812-856-1516.