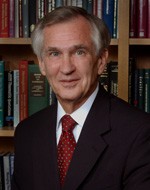 Newswise — BOSTON—A report from the nation’s leading cancer organizations shows rates of death in the United States from all cancers for men and women continued to decline between 2004 and 2008. The findings come from the latest Annual Report to the Nation on the Status of Cancer.

The report also finds that the overall rate of new cancer diagnoses for men and women combined decreased an average of less than one percent per year from 1998 through 2006, with rates leveling off from 2006 through 2008. Edward J. Benz, Jr., MD, president of Dana-Farber Cancer Institute in Boston, called the news encouraging, but is disappointed that the overall rate of cancer deaths is not falling nearly enough.

“The rate of cancer diagnoses and deaths across all racial and minority groups are slowly decreasing," said Benz. “But there are still gaps that must be addressed.”

The report is co-authored by researchers from the Centers for Disease Control and Prevention, the North American Association of Central Cancer Registries, the National Cancer Institute, and the American Cancer Society. It will be posted on the web site of the journal CANCER on March 28, 2012.

Among children ages 19 years or younger, the report shows cancer incidence rates increased 0.6 percent per year from 2004 through 2008, while death rates decreased 1.3 percent per year during the same period.

“This report emphasizes that the growing obesity problem and decreased overallphysical activity in our society compared to decades ago have a real impact on multiple diseases, including cancer,” said Jeffrey A. Meyerhardt, MD, MPH, a colorectal cancer expert at Dana-Farber and author of several studies investigating the impact of exercise on survival rates for colorectal cancer patients. “While we currently see declines in incidence of many cancers, if obesity continues at the current rates, I believe these improvements in incidences will reverse and increase over time.”

Benz added that the good news is that some of the cancer risks the report highlighted can be reduced by changes in lifestyle. “Many of the things that are still a problem in these statistics are modifiable,” said Benz. “If you watch your diet, exercise, and manage your weight, you can not only prevent your risk of getting many lethal forms of cancer, you will also increase your chances of doing well, if you should get almost any form of cancer."