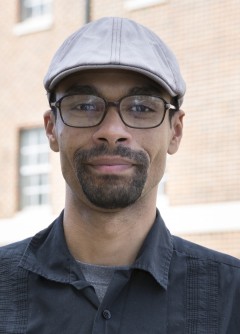 Newswise — TUSCALOOSA, Ala. -- Fewer men and women in Brazil value marriage and having offspring when selecting a mate, according to a University of Alabama psychologist.

The study, which compared a survey conducted in 2014 with results of Brazilians’ mate preferences in 1984, noted that male and female preferences for mutual attraction, love, kindness and intelligence have remained the same over the last 30 years. However, the expansion of the Brazilian population and economy and drastic shifts in culture have influenced a decline in the desire to have children.

“In the past, you’d talk to a person to get to know things about them – what they do for a living, how their personalities are,” Souza said. “Now, you see everything up front with social media and dating sites. That had me interested in comparing old and new data. I wanted to see if cultural changes would change mate preferences.

The study cites data that shows Brazil’s 50 percent increase in population from 1984 to 2014 and its extremely diverse culture, containing descendants of Portuguese settlers and European, Asian and African immigrants. There has also been a drastic decrease in fertility rates from 4.4 children per woman in 1980 to 1.77 in 2013.

These factors, along with increased access to information and education, and the evolution of women’s roles in the workforce, have influenced a number of shifts in mate preferences, including an increase in the ideal age to marry, a decrease in the importance of a desire for children and an actual desire to start a family.

Despite the cultural changes, men still greatly value cues to fertility, like youth and physical attractiveness, while women value resources and resource acquisition potential in a mate, according to the study, which is co-authored by Drs. David M. Buss and graduate student Daniel Conroy-Beam of the University of Texas at Austin.

“Those preferences were confirmed and are unchanged over time, but the desire for children, that’s interesting to note, in part, because of the value people put into families these days,” Souza said. “An example is the role of women in society, and with guys, they see women as important assets in companies and in workforce. Also, having exposure to different ways to enjoy life makes a huge difference in how people use their money and what makes them happy.”

Souza also found that in the 2014 group that was surveyed, virginity wasn’t valued as much as in the 1984 sample.

“Guys don’t feel there’s a way to get an empowered woman who is a virgin,” Souza said. “It could also be due to religion and science and having more critics of religion.”

Though cultural changes and the economy have influenced Brazilians’ preferences for financial prospects, the two characteristics they value most are kindness and mutual love, according to a ratings and rankings scale used in the survey.

UA’s department of psychology is part of the College of Arts and Sciences, the University’s largest division and the largest liberal arts college in the state. Students from the College have won numerous national awards including Rhodes and Goldwater scholarships.