Uber IPO: Does it make sense? Or is it a sign of another tech bubble? 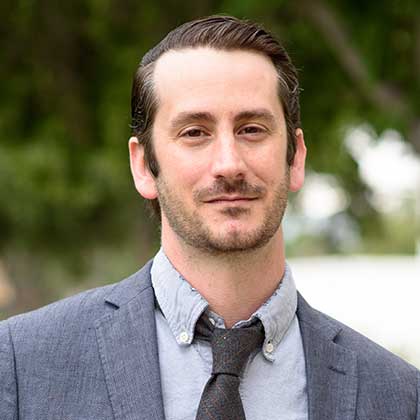 Credit: Coco McKown, for the University of Redlands

Economist Dr. Nathaniel Cline teaching a course at the University of Redlands

"Uber seems to be seeking a high-end valuation in the $90 billion range and the question, of course, is whether this makes any sense," asks Dr. Nathaniel Cline, an economist at the University of Redlands.

"It obviously represents a massive IPO (second only to Facebook in terms of tech offerings) yet the big news around this has been the prospectus they released ahead of the IPO which quite frankly was dismal. The company loses $3 billion annually and its net tangible book value is roughly negative $7.6 billion.

"It’s kind of an eternal question when it comes to financial markets and tech stocks in particular. The optimists would argue that financial markets can provide funding to companies that are not yet profitable, but just need an infusion of cash to realize a phenomenal business plan that will lead to wild profitability. Of course, if we recall the dot com bubble, it's clear that optimists can be wildly wrong. Companies at that time went public with no profitability, and aside from the big players like Amazon and Google, mostly disappeared in the bust (erasing a lot of investor wealth). So pessimists would argue that financial markets – especially when it comes to IPOs – are subject to unfounded expectation at times and would claim that Uber is another example of this," he says.

"Uber’s IPO is coming at a time when the so-called 'unicorn' IPOs are gaining steam, and this has caused some people to wonder if we are walking into another tech bubble. I’d argue that given Uber’s potential valuation, signs are pointing to yes. Not only is the company losing money — and it literally loses money with each ride it provides — the path to profitability is left vague and fuzzy in the prospectus.  With its reputation under fire for its employment practices and its real-world testing of driverless cars on pause (because one killed a pedestrian), it’s hard to explain such a rosy valuation without acknowledging the possibility that we are entering another period of tech speculation."

Dr. Cline, an economist at the University of Redlands, can speak with authority on a broad scope of economic topics.