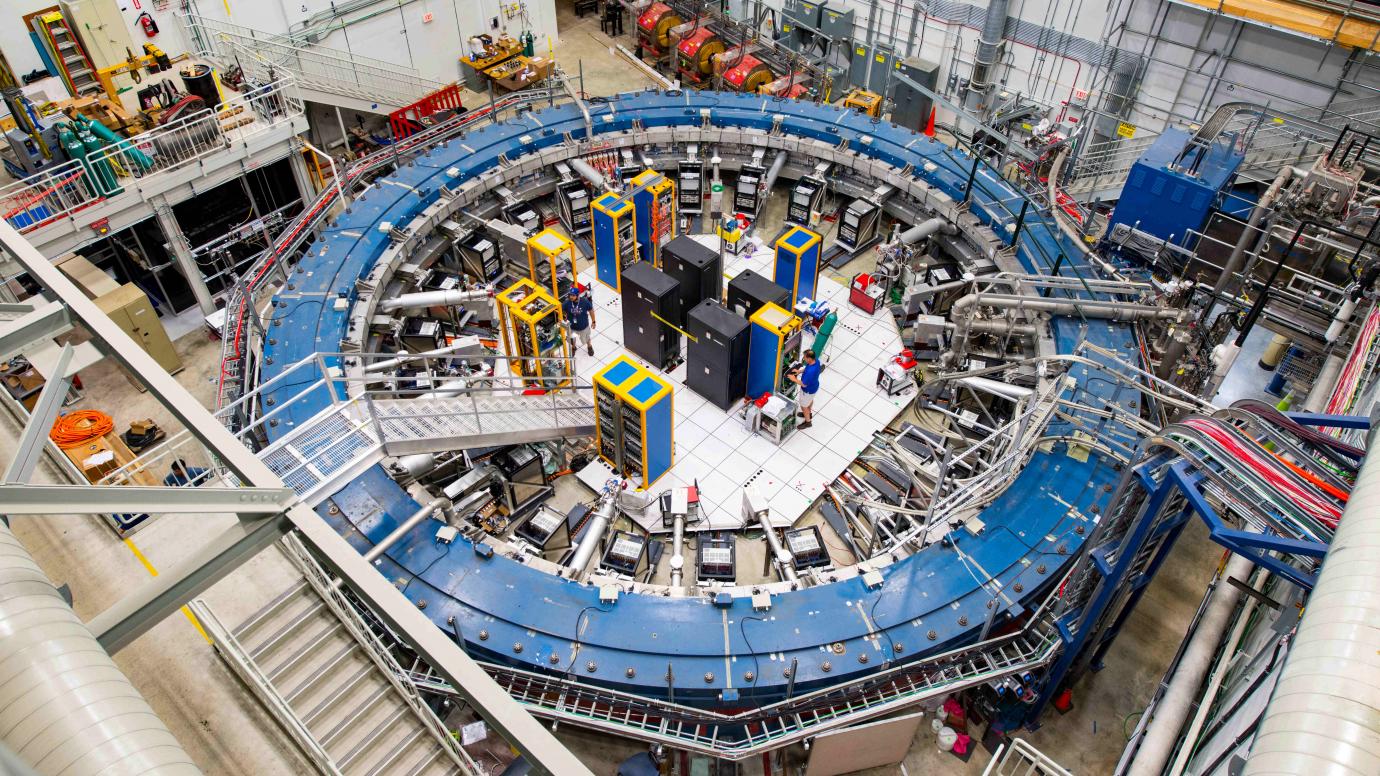 First results from the Muon g-2 experiment at Fermilab have strengthened evidence of new physics. The centerpiece of the experiment is a 50-foot-diameter superconducting magnetic storage ring, which sits in its detector hall amidst electronics racks, the muon beamline, and other equipment. This impressive experiment operates at negative 450 degrees Fahrenheit and studies the precession (or wobble) of muons as they travel through the magnetic field

CHICAGO -- On April 7, 2021 the Muon g-2 experiment hosted at the U.S. Department of Energy’s Fermilab National Accelerator Laboratory released its long-awaited first results. The results show fundamental particles called muons behaving in a way that is not predicted by our best theoretical model of the subatomic world, the Standard Model of particle physics.

The results suggest that there are forms of matter and energy vital to nature and evolution of the universe that are still unknown in science.

Marcela Carena, a University of Chicago physics professor and head of theoretical physics at Fermilab, recently spoke to the New York Times of this groundbreaking discovery and said: “I’m very excited. I feel like this tiny wobble may shake the foundations of what we thought we knew.”

University of Chicago professor and cosmologist at Fermilab, Gordan Krnjaic, also noted that the anomaly found in the g-2 experiment offers insight into searching for new particles. Among them are the Z-prime, which could shed light on some puzzles in the Big Bang. The g-2 result, he told the New York Times, could set the agenda for physics in the next generation.

“If the central value of the observed anomaly stays fixed, the new particles can’t hide forever,” he said. “We will learn a great deal more about fundamental physics going forward.”

To learn more about this experiment and how measuring the wobbling of muons with precision has transformed over the past two decades, tune in to a special event on Saturday, April 17, 2021 at 7:30 p .m. CT presented by Dr. Adam Lyon at Fermilab. Tickets are free but registration is required.