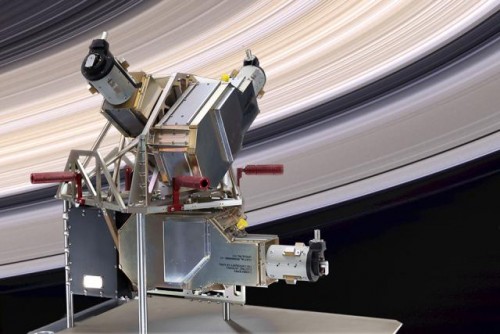 University of Iowa space scientists are readying for the final phases of NASA’s Cassini mission to Saturn. They hope to learn more about Saturn’s auroras, thunderstorms, and rings from a radio and plasma wave instrument designed and built at the UI.

Newswise — BY: RICHARD C. LEWIS | 2016.11.28 | 01:58 PMAt the end of this month, NASA’s Cassini spacecraft enters the twilight of its 20-year voyage to Saturn. While the orbiter has uncovered secrets about the ringed planet, University of Iowa scientists involved in the mission expect more surprises—including some that may come from an instrument designed and built at the UI.

On Nov. 30, Cassini will begin a new series of orbits during which the spacecraft will brush one of the planet’s faint, outermost rings. In the spring of 2017, Cassini’s orbit will change again so scientists can study an inner set of dazzling rings before the mission ends emphatically in September when the spacecraft will plunge into and burn up in the planet’s atmosphere.

UI scientists are excited about the final phases of the mission, buoyed by data they hope will be gathered by their instrument, called Radio and Plasma Wave Science.

During the first series of orbits, lasting from fall through spring, the RPWS will seek to clarify the “auroral hiss” that occurs in the void between Saturn and one of its moons, Enceladus. Scientists theorize that the hiss is generated by an electromagnetic connection, roughly akin to a current running along a wire.

The orbits will take Cassini just outside Saturn’s F-ring, first discovered by Pioneer 11 in 1979 and later photographed in more detail by Voyager 2—both spacecraft that carried UI instruments. The F-ring is intriguing to space scientists because it is comprised of as many as five individual strands braided together. On either side of the F-ring, two small satellites keep the wispy dust particles confined to their orbit by gravitational forces, like shepherds minding their sheep.

The UI instrument will measure dust in the ring’s vicinity to calculate the size and density of the material that makes up the F-ring.

“It’s certainly information that the ring scientists on the mission are very interested in,” Kurth adds.

In the spring, Cassini will begin a set of proximal orbits, which NASA has dubbed “the Grand Finale,” that will usher the spacecraft on a path that takes it inside the planet’s innermost ring and just a couple thousand miles above its clouds. While the rings may grab the headlines, the thunderstorms in Saturn’s northern latitudes merit a close, second billing: The most recent one, observed by Cassini in December 2010, lasted nine months, and its lightning strikes produced radio waves similar to the cracks and pops one hears on an AM station during a thunderstorm here on Earth.

UI’s instrument detected the radio waves from the lightning bursts, which peaked at 10 flashes per second. While Saturn’s storms are highly infrequent, scientists hope to witness another while buzzing the planet’s northern regions where past storms have occurred.

“If it happens, we’ll be in a great position to observe them,” Kurth says.

Birth of an instrumentUI physics and astronomy professor Don Gurnett has been involved with Cassini since it was a mere idea. On Feb. 14, 1989, Gurnett convened a meeting with mostly European physicists at a hotel in Noordwijk, Holland, to discuss outfitting the spacecraft with a radio and plasma wave instrument. His notes from that gathering, neatly penned in a green-bound notebook labeled “Cassini” on the cover, include this excerpt: “Purpose: To establish a plan for proceeding with Cassini proposal.”

Gurnett’s proposal beat out hundreds of applicants. More than seven years later, Cassini took flight with the UI instrument on board. Along with Gurnett and Kurth, UI research scientists George Hospodarsky, J. Douglas Menietti, and Ann Persoon have been involved with the mission.

Gurnett, who last fall celebrated 50 years of space research and teaching at the UI, says he’s proud of the mission’s accomplishments so far. He’s personally gratified by knowledge that’s come from the instrument he conceived, with 402 scientific papers and more than a dozen doctoral theses based on RPWS data.

“Scientific knowledge. That’s what we’re all about,” Gurnett says. “The wonderment of the universe, and how it may affect us in ways we don’t yet know.”