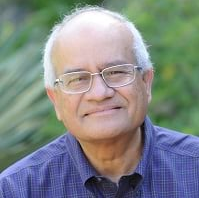 Newswise — Dr. Satish Thosar, a professor of finance and business at the University of Redlands, is a recognized expert on economic policy and financial markets. He can speak with authority on Brexit and ongoing issues in the Eurozone.

“The probability of a soft Brexit has increased. The UK politicians and policymakers have apparently realized the threat of walking away with no deal at all (hard Brexit) does not carry much weight with EU negotiators,” Thosar says. “The UK holds very few cards in the negotiation so it was inevitable that the ‘divorce settlement’ number (the amount the UK has to pay) would move closer to the EU position. The least economic damage will be caused if the ultimate arrangement is similar to Norway's arrangement with the EU.  This amounts to basically paying into the EU system for trading privileges without having any say in setting policy.”

Thosar says Scotland remains a wild card that may push for a new independence referendum if the Brexit deal is not soft enough. “The Irish border issue suggests that a customs union will likely be part of the final deal.  “In return, the UK will have to concede quite a lot on freedom of movement, which is the animating issue for the ‘leavers.’”

Dr. Thosar holds a Ph.D. in finance, as well as an MBA and B.S. He is often sought after to present at national and international conferences, and regularly contributes to academic and industry publications. His most recent article appeared on WalletHub.com in November 2017.