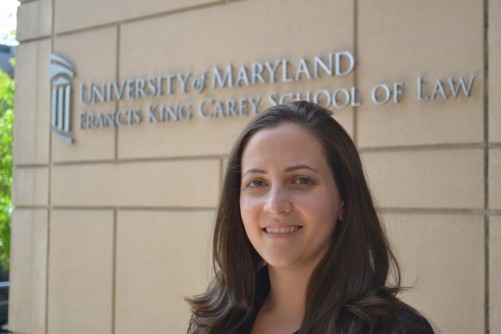 The Justice Department estimates that nearly one in twenty U.S. college women will be the victim of a completed or attempted rape.

Dunn’s advocacy has taken her to the White House where she stood near Vice President Joe Biden at a press conference as he announced the release of the first report from the White House Task Force to Protect Students from Sexual Assault.

Dunn served as an advisor to the White House Task Force and had previously lobbied Congress to pass the Campus Sexual Violence Elimination Act in 2013. The White House recommendations represented another partial victory in her fight against indifference to sexual assault on college campuses.

Dunn is also the founder and executive director of SurvJustice, a nonprofit dedicated to reducing “the prevalence of sexual violence by assisting survivors, empowering activists, and supporting institutions.” Founded in 2012, SurvJustice is listed as a national resource on a new federal website, NotAlone.gov, which was launched with the White House report.

Dunn speaks candidly about the “frenzy of victim-blaming” where “victims get annihilated for speaking, they get slandered, they’re the butts of jokes.” She notes that 55 higher education institutions are currently under review by the Justice Department’s Office for Civil Rights for allegedly mishandling sexual assault and harassment on campus in violation of the gender equity law Title IX.

Dunn has been featured in USA TODAY, Al-Jazeera, NPR, CBS, Slate.com, and in numerous other media outlets.

Laura Dunn is available for phone, SKYPE, and television interviews.