@Umich Prof. Josh Cole: The Next Two Weeks Will Not Be Easy for Macron as He Tries to Assemble Majority Support From a Severely Divided Electorate.

Cole is available for media calls 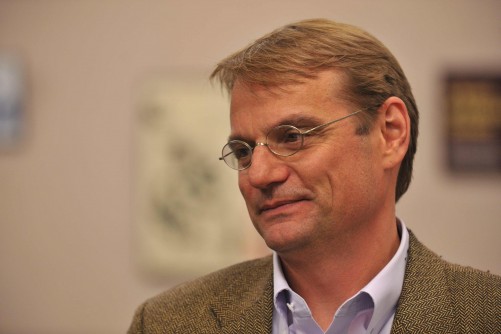 Newswise — In spite of all the drama of the last week, including what appears to be a terrorist attack on Paris’s most famous street, the result of the first round of the presidential election in France largely confirmed what the polls have been saying for some time.  Centrist Emmanuel Macron’s victory (with 23.5 % of the votes cast) proved his contention that he was the best candidate to confront Marine Le Pen and the extremism of the National Front.  Le Pen, meanwhile, was happy enough with her very close second place (22%).  The next two weeks will not be easy for Macron as he tries to assemble majority support from a severely divided electorate.

The strong showing of Jean-Luc Mélenchon showed that his surge in the last week was not an artifact of unpredictable polls but the sign of of a major realignment on the left, one which leaves the Socialist Party in tatters, with no clear leader.  Bénoit Hamon, the apologetic candidate for the Socialist Party, was lucky to break 5 percent.  This was an important threshold because anything less than that would have meant that the Socialist Party’s campaign expenses would not have been reimbursed by the treasury after the election.  Hamon’s outstanding debts would have bankrupted the party at a moment when they need everything they have to prepare for the legislative elections next month.

Mélenchon’s result also reinforced the humiliation of former prime minister François Fillon on the right.  Fillon, the most experienced politician in the race, found himself excluded from the second round and locked in a virtual tie with the upstart Mélenchon at close to 20% each. Significantly Fillon called on his voters to vote for Macron in the second round. Mélenchon pointedly did not.  The issue now is this:   what will the voters who supported these two candidates do in the second round?  Will they choose Macron, who now represents the French establishment, for better or worse? Or will they choose Le Pen, a radical right-wing populist representing a party that has long been associated with a sympathy for fascism?  Le Pen claims that she has purged the demons from her father’s political movement, but aside from a few cosmetic changes, the National Front's program is essentially the same as it was when Jean Marie Le Pen was the party’s perennial presidential candidate.

In 2002, Jean Marie Le Pen made it into the second round of the presidential election only to be defeated 80-20 percent by the incumbent Jacques Chirac.  The polls now show Macron beating Jean Marie Le Pen’s daughter next month 60-40.  Even if Macron wins, this is a trend line that offers little comfort.