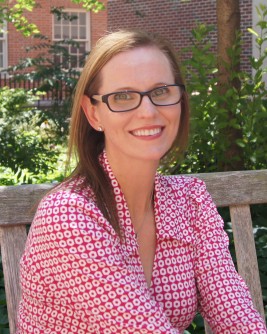 Emma Rossi, MD, assistant professor of obstetrics and gynecology at the UNC School of Medicine in Chapel Hill, NC.

Newswise — CHAPEL HILL, NC -- Emma Rossi, MD, in the UNC Department of Obstetric and Gynecology’s Division of Gynecologic Oncology, has published a study in Lancet Oncology online that identifies sentinel-lymph-node mapping as a safer and less-invasive method of staging endometrial cancer that is equally as accurate as the more traditional lymphadenectomy.

For lymphadenectomy, large sections of tissue on both sides of the uterus are removed to check for lymph nodes that contain metastases, enabling the surgeon to stage the cancer and home in on the best course of treatment for patients. The sentinel nodes are the lymph nodes adjacent to a cancerous tumor and into which fluid from the tumor drains. With this method, surgeons can identify these nodes by injecting a small amount of dye into the uterus and detecting which lymph nodes absorb the dye. Instead of having to remove large amounts of tissue to find impacted nodes, only the nearby sentinel lymph nodes are removed.

“With fewer lymph nodes removed, there is less damage to the patient’s tissue and therefore less trauma to the patient,” said Dr. Rossi, assistant professor of obstetrics and gynecology at the UNC School of Medicine and the study’s principal investigator. “The concept is that reviewing a smaller number of more specific lymph nodes is a lower-volume, higher-quality procedure. Our study showed that this procedure is just as accurate as lymphadenectomy.”

“Stage 3 endometrial cancer typically requires treatment with chemotherapy and radiation. As sentinel lymph nodes are involved in less than 5 percent of grade 1 and grade 2 endometrial cancer, patients whose sentinel nodes present no sign of metastases can avoid this treatment,” said Dr. Rossi.

This study – known as the FIRES trial – was the largest, most conclusive study on the accuracy of this technology on endometrial cancer.

UNC’s Division of Gynecologic Oncology was the primary enrolling site, seeing 200 of the 356 patients enrolled. UNC provided six participating surgeons, including Dr. Rossi, the study’s principal investigator and John Boggess, MD, the co-investigator, who are faculty in the UNC Department of Obstetrics and Gynecology’s Division of Gynecologic Oncology and members of the UNC Lineberger Comprehensive Cancer Center.The group’s ongoing studies will explore the next phases of this research, including translational science studies that will explore genomic profiles of tumors with low-volume metastases in the sentinel nodes.