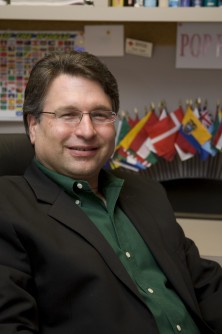 Dr. Paul Fadil, chair of the Department of Management at the University of North Florida, predicted two years ago that unethical bank practices, like at Wells Fargo, would happen.

Dr. Paul Fadil, chair of the Department of Management at the University of North Florida, predicted something like this scam with Wells Fargo would happen.

In his study, "The Ying and Yang of Introducing a Sales Culture: The Amalgam Bank Case," he and Dr. Bruce Fortado, UNF management professor, detail the problems at a major U.S. bank, under the pseudonym Amalgam, when it put pressure on employees to increase sales. This major bank that the two management professors studied found that if bank employees didn't open three new accounts per day, the employees were chastised, so basically they started opening fake accounts and this was between 2005 and 2010.

Both Fadil and Fortado believe that this is just the tip of the iceberg and that we’ll see many, many more of these scams, like Wells Fargo, coming. Fadil says that banks and its executives should get more than just a slap on the wrist, otherwise, this culture will continue.

Fadil can discuss how their fieldwork documented many aspects of how pressure was exerted to sell, how silencing behaviors were used by managers, how employees used different methods to deal with the unrealistic goals and how employees feared meeting goals would result in the goals being raised further and there was some evidence this was in fact the case.