@UNLV Astrophysicist on Upcoming Super Blue Blood Moon: What It Is and Why It's a Big Deal 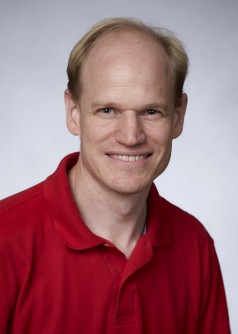 Quick Take: Astrophysicist Jason Steffen on Upcoming Super Blue Blood Moon
Super, blue, and eclipsed: Come Jan. 31, it's three moons in one.
On Jan. 31, sky-watchers will get a rare triple treat: a supermoon, a blue moon, and a total lunar eclipse. Though not uncommon separately, this is the first time all three will happen at the same time since 1866, according to NASA.

UNLV astrophysicist Jason Steffen has the skinny on what it is, why it's a big deal, and what we’ll be able to see in Las Vegas.

What is a lunar eclipse?

Lunar eclipses are when the moon passes into the Earth’s shadow. This situation happens quite often — a couple times per year. However, not all lunar eclipses are total and so not all of them undergo the change in color that we will see this time.

During a total lunar eclipse, rather than going completely dark, the moon will turn a red color. That's where the phrase "blood moon" comes from. This color change occurs because the Earth’s atmosphere acts like a prism and splits the sunlight into its constituent colors – the amount that the atmosphere bends the red light causes it to illuminate the moon. So, in essence, the moon is lit by the red sunset of the whole planet.

What is a supermoon?

The supermoon is, perhaps, a little overhyped. It only corresponds to about a 10 percent difference in size. Imagine getting a large pizza that is 12 inches in diameter and a superpizza that is 13 inches. You can decide for yourself how impressive that is.

What is a blue moon?

A blue moon is the second full moon in a calendar month. The moon orbits the Earth in about four weeks; so in any month besides February, there is a chance to see two full moons. January’s first full moon occurred on Jan. 1.

The original meaning was the third full moon in a season that had four full moons (as opposed to the three full moons you’d normally expect during a season).

They happen happen every couple of years, which gave rise to the phrase "once in a blue moon," meaning not very often. During a blue moon, the moon is rarely blue – it’s normally just its regular color. It only appears blue when the atmosphere is filled with dust or smoke particles of a certain size.

Why is this such a big deal?

Because anyone can go out and see it for themselves.

Think about it this way: You have two gigantic balls of rock that are passing by each other in an even more gigantic void of virtual emptiness. Then, light that has traveled 93 million miles from the sun is refracted through a thin layer of air (if the Earth were a basketball, the atmosphere would only be the thickness of a few sheets of paper). The light is bent ever-so-slightly so that the red light converges on a point 200,000 miles away. About 10 percent of that light is reflected by the moon, which then does a return trip 200,000 miles back to the Earth where it hits a tiny hole about ¼ inch in diameter and is focused onto your retina. What’s not to be fascinated by?

What time of day will we be able to see this?

The eclipse will happen just before sunrise. Totality will be during the 5 a.m. hour. The whole thing will last a couple hours, from when the shadow of the Earth first hits the moon until it finally leaves. [See timeanddate.com animation for Las Vegas]

Who will be able to see this?

About half of the planet will be able to see it (almost everyone on the night-time side). If you are living in Antarctica right now, you’re out of luck. But otherwise, anyone in the western hemisphere should be able to see it.

Will you be watching?

Yes, I’ll see it for a bit, from my front yard. I don’t plan to watch the whole thing though.