U.S. Drug Plague Of 1980s Was Spurred By Earlier Interventions In Andes 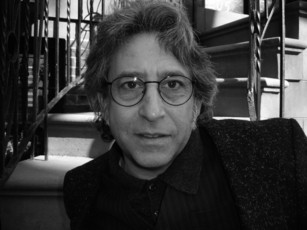 Newswise — Paul Gootenberg, Professor of History and Co-Director of Latin American Studies at Stony Brook University in New York, published a controversial new book on the history of modern cocaine, the illicit drug that menaced U.S. cities during the 1980s and prompted an Andean "War on Drugs" which is now in its third decade. The book, Andean Cocaine: The Making of a Global Drug, is published by the University of North Carolina Press, and is based on more than a decade of research in international archives, including specially declassified U.S. documents of the DEA and its predecessors.

"While many studies have noted that the U.S. war on drugs is both a long-term policy failure and socially harmful, this book uncovers some of the specific roots of these drug dilemmas," said Gootenberg.

The book, which begins in the nineteenth century and covers the emergence of cocaine in all corners of the globe, carefully demonstrates the existence of a close long-term relationship between the United States and Andean cocaine, which over time created a menacing global drug out of local trades in indigenous coca leaf and a turn of century boom in medicinal cocaine.

Among the most dramatic findings:

Â· Between 1920 and World War II, cocaine was still legally made in many parts of the world, yet remained a benign drug without significant contraband networks or recreational abuse.Â· After 1945, American pressures to ban the drug in the Andes led to its change into an illicit drug. A secret cold-war U.S. operation against incipient cocaine between 1947 and 1973 led instead to the drug's dispersal throughout the Americas and a vast increase in the number of cocaine makers and smugglers. Â· The presidency of Richard M. Nixon (1969-1974) was the turning point in the cocaine deluge that hit the United States in the late 1970s. Nixon's political crusade to crush the marijuana and heroin trades opened the space for a new American market for recreational cocaine.Â· Colombian interests were barely involved with cocaine prior to the Nixon era. Chilean and Cuban smugglers had dominated cocaine prior to the 1970s. Indeed, the 1973 U.S. toppling of the democratically-elected presidency of Salvador Allende in Chile was the act that gave Colombian traffickers their major break in the trade. The U.S. war on cocaine has pushed it towards that country ever since.Â· Because cocaine is so entrenched in independent Latin American actors and a regional history, U.S.-imposed efforts to stamp it out since the 1970s have only backfired into cocaine's expansion and availability, as well as spiraling violence such as that engulfing Mexico today. Â· Since 1973, the DEA's policy of supply reduction abroad has hinged on the idea that driving up cocaine's price would deter its use at home. Yet, in these 35 years the price of cocaine, except for a temporary spike in 2007, has fallen continuously, and its use globalized.Â· The current Andean capacity for making illicit cocaine tops 1,400 tons annually, some 140 times more than cocaine's peak as a legal good around 1905. Overseas supply interdiction is a failed and futile policy against cocaine.

Gootenberg has called the modern history of cocaine a "costly lesson in the law of unintended consequences. President Obama should look for constructive new alternatives to this his major inherited Republican war in the western hemisphere," he said.

Professor Gootenberg is available for press and radio interviews, editorial comment, and other media appearances. Columbia University's School of International and Public Affairs (SIPA) will hold a major forum on the book in March 2009. Excerpts of Andean Cocaine are available from the University of North Carolina Press, one of the nation's premier university presses.

Andean Cocaine: The Making of a Global Drug