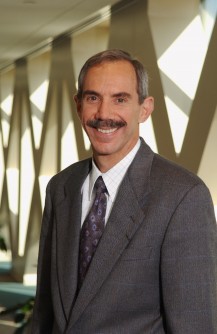 Newswise — Philip Orlander, M.D., director of the Division of Endocrinology, Diabetes and Metabolism at The University of Texas Health Science Center at Houston (UTHealth) Medical School, has been named the 2014 Physician of the Year by the Houston Chapter of the American Diabetes Association (ADA).

Approximately 400,000 children and adults in Houston have this blood sugar disorder that can lead to complications like blindness or amputation. Nationwide, it is projected that as many as one in three Americans will have diabetes by 2050.

“Members of the ADA’s Leadership Board, composed of medical colleagues and business leaders, chose Dr. Orlander for his lifetime of treatment and research into both Type 1 and Type 2 diabetes,” said Houston ADA Executive Director Ralston Creswell.

The presentation was made at the chapter’s 2014 Wine and Roses Auction and Gala at the Royal Sonesta Hotel, which raised $500,000 for the fight against diabetes.

Orlander is a Distinguished Teaching Professor of The University of Texas System. He joined the faculty of the UTHealth Medical School in 1983 and was appointed division director in 1993. He has received the university’s Herbert L. and Margaret W. DuPont Master Clinical Teaching Award, the Award for Humanism in Medicine and multiple Dean’s Excellence in Teaching Awards.

Orlander is on the medical staff of Memorial Hermann-Texas Medical Center and Harris Health Lyndon B. Johnson Hospital. He received his undergraduate degree from New York University and his medical degree from Free University in Brussels, Belgium. He is an assistant dean of educational programs at the UTHealth Medical School.