Vanderbilt expert: Anti-Semitism is at the center of white nationalist ideology 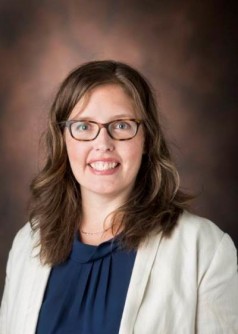 Media Note: Vanderbilt has a 24/7 TV and radio studio. The studio is free for Vanderbilt experts, other than reserving fiber time. More information »

“While white nationalist social media platforms attract many people with prejudice against African-Americans, Muslims, immigrants, and other people of color, spending time in any of these spaces shows that at the center of their ideology is anti-Semitism, says Bjork-James. “A conspiracy theory that views Jews as secretly in charge of all institutions in society animates the movement. Jews are accused of maintaining control over the media, financial institutions, immigration, and even the feminist movement. White nationalist social media circulate this conspiracy to attempt to frame European Americans as under assault by a secretive race war, orchestrated by Jews. Thus, the term ‘white genocide’ is one of the most popular terms on white nationalist social media platforms. The dual meanings of this conspiracy—that Jews are secretly in charge and that whites are under threat—has motivated a variety of forms of domestic terrorism, allegedly including the synagogue shooting in Pittsburgh last weekend.”

Bjork-James’ research interests include tracking white nationalist movements and has published her findings in The Apartheid Conscience: What the white nationalist movement can teach us about the reproduction of white supremacy in America, “Cyber Racism: White Supremacy Online and the New Attack on Civil Rights” and the chapter titled “Cybersupremacy: The new face and form of white supremacist activism” in Tactics in Hard Times: Practices and Spaces of New Media.