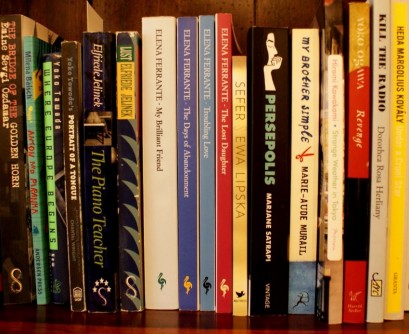 Newswise — The University of Warwick is launching The Warwick Prize for Women in Translation, which will be awarded for the first time in November 2017. The prize aims to address the gender imbalance in translated literature and to increase the number of international women’s voices accessible by a British and Irish readership.

Professor Maureen Freely, Head of English and Comparative Literary Studies and President of English PEN: “We’ve come a long way with the championing of world literature over the past decade, welcoming in a multiplicity of voices which have gone on to enrich us all. In the same period, however, we’ve noticed that it is markedly more difficult for women to make it into English translation. This prize offers us an opportunity to welcome in the voices and perspectives that we have missed thus far.”

A recent report by Nielsen Book showed that translated literary fiction makes up only 3.5% of the literary fiction titles published in the UK, but accounts for 7% of the volume of sales. If translated literature as a whole is underrepresented on the British book market, then women’s voices in translation are even more peripheral. The Independent Foreign Fiction Prize, for example, was awarded 21 times, but was won by a woman only twice.

The Warwick Prize for Women in Translation will be awarded annually to the best eligible work of fiction, poetry, literary non-fiction or work of fiction for children or young adults written by a woman and translated into English by a female or male translator.

Professor Emeritus Susan Bassnett: “This prize is a rallying call to translators and publishers everywhere. There are dozens of fine women writers waiting to be translated – so let's see more of them in our bookshops.”

Chantal Wright, Associate Professor of Translation as a Literary Practice, who is coordinating the prize: “This initiative would not have come about without the efforts of the wider literary translation community. Their efforts in raising awareness of the gender imbalance in translated literature were instrumental in the creation of the prize.”

· Boyd Tonkin, Senior Writer and columnist at The Independent

· Susan Bassnett, Emeritus Professor of Comparative Literature at the University of Warwick

Three years in the making, The Warwick Prize for Women in Translation is the product of a collaboration between the School of Modern Languages and Cultures and the Department of English and Comparative Literary Studies at the University of Warwick and is sponsored through the university’s Connecting Cultures Global Research Priority. Warwick offers two Masters programmes and a PhD in translation, in addition to a variety of translation modules at the undergraduate level, more information: http://www2.warwick.ac.uk/fac/arts/english/applying/postgraduatestudies/

More information about: The Warwick Prize for Women in translation.