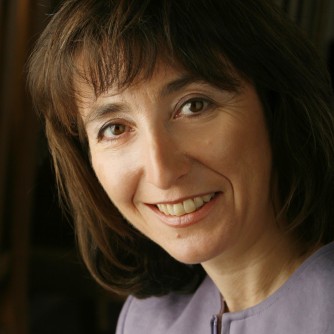 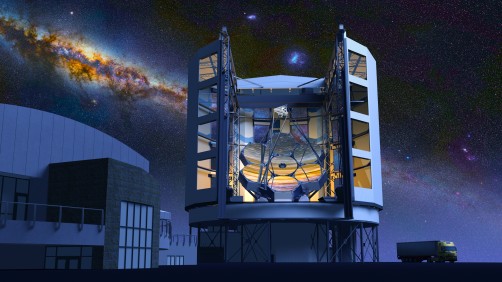 Wendy L. Freedman is chair of the board of directors of the Giant Magellan Telescope Project. She will continue her leadership role in that project after she becomes a University Professor of Astronomy and Astrophysics at the University of Chicago as of Sept. 1, 2014. Pictured here is an artist's rendering of the GMT.

Newswise — The University of Chicago has appointed one of the world’s most influential astronomers, Wendy L. Freedman, as a University Professor of Astronomy & Astrophysics.

Freedman currently serves as the Crawford H. Greenewalt Director of the Observatories of the Carnegie Institution of Washington in Pasadena, Calif. She also has served as chair of the board of directors of the Giant Magellan Telescope Project since its inception in 2003, a role she will retain at UChicago. Freedman’s appointment will be effective Sept. 1.

“Wendy is a scholar of extraordinary ambition and accomplishment. Her research has had an unmistakable influence on her field, while her active engagement with a broader public has captured imaginations and helped convey the importance of the work going on in astronomy,” said Provost Eric D. Isaacs. “We are delighted to welcome her to the University of Chicago, where she joins a tradition of scholars who have helped shape how we understand our universe.”

“This is a real game-changer,” said department Chair Angela Olinto, the Homer J. Livingston Professor in Astronomy & Astrophysics at UChicago. “We will become the world leader in optical astronomy with the vision that Wendy will bring to the University of Chicago. Her appointment will be great for our department, for our faculty, for the students, and for the future of the Giant Magellan Telescope. She did an outstanding job in her 30 years at Carnegie and she will do a brilliant job here.”

Freedman has enjoyed an extraordinarily productive career at Carnegie Observatories. She received a Carnegie Fellowship at the Observatories in 1984, joined the faculty in 1987, and became director in 2003.

“For me there’s a bittersweet quality to this move, because I’ve had a great 30 years at Carnegie,” Freedman said. “At the same time, I am tremendously excited to join a very exciting and dynamic faculty in all kinds of academic disciplines at the University of Chicago, including the sciences and the humanities, and I am delighted to begin a new chapter in my research career.”

“I’m also looking forward to continuing my leadership role in the Giant Magellan Telescope. The University of Chicago is an active and dynamic partner in that endeavor.”

UChicago became a founding partner of the Giant Magellan Telescope Organization in 2010. The GMT will be the world’s largest telescope once it’s constructed at Las Campanas Observatory in Chile. The GMT will combine seven 8.4-meter primary mirror segments operating together as if they were part of a single, 24.5-meter telescope. Its resolution capabilities will exceed that of the Hubble Space Telescope. Commissioning of the GMT could begin as early as 2020.

Freedman became world-renowned more than a decade ago for leading a team of 30 astronomers who carried out the Hubble Key Project to measure the current expansion rate of the universe. At the project’s start in the mid-1980s, estimates of the age and size of the universe ranged between 10 and 20 billion years. The project’s final results resolved this longstanding debate in 2001, determining the age of the universe as 13.7 billion years with an uncertainty of 10 percent.

The Hubble Project was named for UChicago alumnus Edwin Hubble, SB1910, PhD1917. Following military service during World War I Hubble became an astronomer at the Carnegie Observatories. There, in the 1920s, Hubble made the discoveries that showed the universe consisted of more than just our galaxy and that the universe is expanding, which provided the basis for the Big Bang model.

Another UChicago-Carnegie historical connection is George Ellery Hale, who founded the University’s Department of Astronomy & Astrophysics in the 1890s and was the first director of UChicago’s Yerkes Observatory in Williams Bay, Wisc. Hale built the Mount Wilson Observatory in southern California with Carnegie support in 1904, which led to the establishment of the Carnegie Observatories.

“Well, finally Edwin Hubble and George Ellery Hale are back and their name is Wendy Freedman,” Olinto quipped.

Today Freedman focuses on measuring both the current and past expansion rate of the universe, and on characterizing the nature of dark energy, the mysterious force that causes the universe to accelerate its expansion. She is leading a project to use the Spitzer Space Telescope, the Hubble Space Telescope and the Magellan telescope to measure the expansion rate to an accuracy of three percent, and she co-leads the Carnegie Supernova Project, which uses the 100-inch and Magellan telescopes at Las Campanas to better understand dark energy.

Through numerous public lectures and television appearances, Freedman also maintains a passionate interest in communicating science to popular audiences. She once lectured with physicist Stephen Hawking to an audience of 10,000 in Japan. She delivered UChicago’s inaugural Brinson Lecture in 2008 and has lectured throughout the world. Additionally, Freedman has appeared in NOVA/PBS documentaries, including “The Runaway Universe,” “The Journey to Palomar,” and “Closer to Truth.” 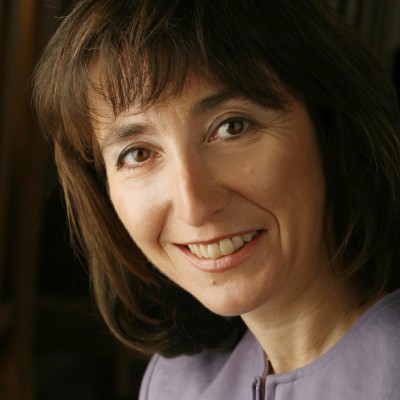 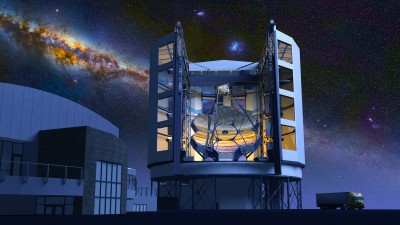 Caption: Wendy L. Freedman is chair of the board of directors of the Giant Magellan Telescope Project. She will continue her leadership role in that project after she becomes a University Professor of Astronomy and Astrophysics at the University of Chicago as of Sept. 1, 2014. Pictured here is an artist's rendering of the GMT.