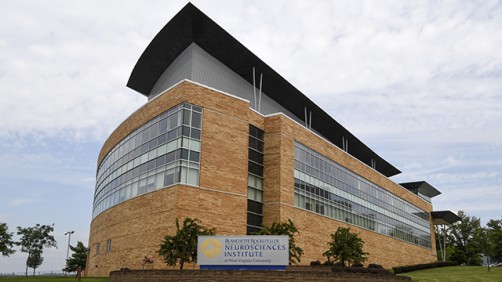 Newswise — West Virginia University has agreed to acquire the assets and name of the Blanchette Rockefeller Neurosciences Institute to continue the important research to battle Alzheimer's and other neurodegenerative diseases.

BRNI filed Thursday for reorganization under Chapter 11 of the federal bankruptcy code.

The Institute was founded in 1999 and named for then-U.S. Sen. Jay Rockefeller's mother, who died from complications of Alzheimer's.

"I am happy that West Virginia University, which has collaborated with the Institute since the beginning, is stepping forward to continue the battle against Alzheimer's and similar diseases," Rockefeller said. "Obviously my family has a special interest in seeing this horrible disease defeated so that others don't have to go through the pain of watching your mother inexorably taken away from you."

Under a letter of agreement between WVU and BRNI, WVU would consolidate all of its neurosciences research under a new WVU Blanchette Rockefeller Neurosciences Institute with the goal of advancing knowledge through team-based research.

“This arrangement between BRNI and WVU is one made in heaven, a classic win-win for the Institute and the university I love,” said BRNI Board Chair C. Peter Magrath, a former WVU interim president. “The rewards will be great in fighting the scourge of Alzheimer's and related diseases and so appropriately honoring the legacy of Blanchette Rockefeller.”

The Institute will initially comprise six research groups. They include four groups now housed in the WVU Centers for Neuroscience: addiction research; a center for basic and translational stroke research; a cognitive neuroscience group; and a sensory neuroscience research center. The Institute will also include two newly formed centers for brain health and for neurodegenerative diseases.

“We now have a critical mass of neuroscience research – not just in our health schools, but in laboratories and health facilities throughout WVU," said Clay Marsh, WVU's vice president for health sciences and executive dean of the School of Medicine. "We look forward to operating all our neuroscience programs under the flagship Institute and collaborating with the BRNI board to continue leading-edge medical research into Alzheimer's disease and other neurodegenerative diseases, for the betterment of the people of West Virginia and the nation.

"I am very proud of our WVU team efforts relating to the neurosciences and I believe that this development has the potential to not only build on the bold vision of Senator Rockefeller and his family in establishing BRNI, but will also provide a new springboard in which we will amplify our efforts in this area of critical importance to the state and the world," he said.

Under terms of the agreement, 11 current employees will be offered comparable positions at WVU, which additionally will acquire a majority of BRNI's current assets. WVU will invest a total of $8.35 million over the next several years, including the amounts paid to BRNI for the assets and name. WVU already owns the building on its Health Sciences campus where the Institute is located.

The agreement must be approved by the U.S. Bankruptcy court.

BRNI is one of the world's premier research institutes to both an understanding of how human memory works and advancing new discoveries that that can identify, treat and repair damages from diseases and disorders that impact human memory. One of the Institute's critical missions has been to foster private-sector partnerships with venture capital and pharmaceuticals, moving new drug discoveries more quickly to doctors and patients, and helping to foster new investments and jobs in West Virginia.

Check http://WVUToday.wvu.edu daily for the latest news from the University.Follow @WVUToday on Twitter.