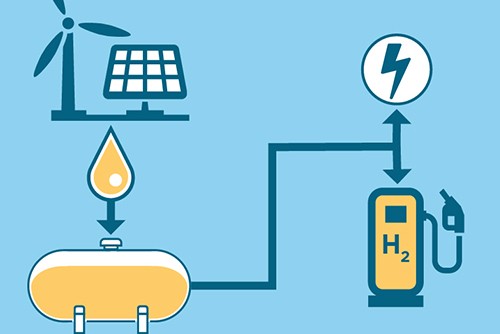 The Department of Energy’s Advanced Research Projects Agency-Energy launched a new program that will use components from renewable sources to produce high-energy liquid fuels for transportation and other uses. WVU engineers will use ammonia to “transport” electricity across distances and then convert it back to electricity or hydrogen. 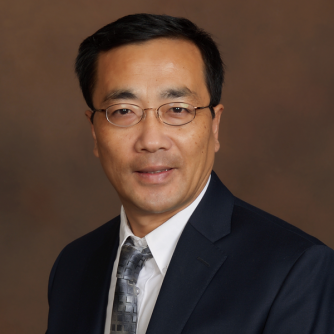 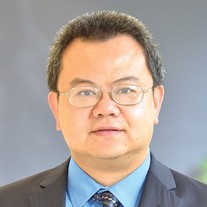 Newswise — MORGANTOWN, W.Va.— The United States Department of Energy has marked an engineering research project at West Virginia University as a high potential opportunity to make a demonstrable impact on the country’s energy portfolio and to do it quickly.

The University has received $1.25 million from DOE’s Advanced Research Projects Agency-Energy, known as ARPA-E. The award will be used to develop technologies for converting electrical energy from renewable resources into energy-dense carbon-neutral liquid fuels – that is, fuels that do not increase carbon dioxide in the atmosphere.

WVU received the award from ARPA-E’s Renewable Energy to Fuels through Utilization of Energy-Dense Liquids, or REFUEL, program. John Hu, Statler Chair in the Statler College of Engineering and Mineral Resources and Hanjing Tian, assistant professor in the chemical and biomedical engineering department, will develop cutting-edge technology to synthesize ammonia from hydrogen and nitrogen using microwave plasma catalysis.

Most REFUEL projects target the production of ammonia or its conversion to hydrogen or electricity because ammonia is a robust hydrogen and energy carrier. Modern industrial ammonia production uses the Haber-Bosch process, a century-old method that changed the agriculture industry and was a major contributor to the global population boom.

The Haber-Bosch process requires a lot of capital and energy investment, which means it is only economical at large scales. The innovative approach of WVU’s research team will use low temperatures and pressure, resulting in the production of ammonia at five times the rate of the Haber-Bosch process.

Carbon-neutral fuels can be stored for extended periods of time and are more easily and inexpensively transported, so they can be delivered and distributed more efficiently using existing infrastructures. That means these fuels offer a unique opportunity to reduce both the need for energy imports and carbon emissions from the transportation sector.

This award is a continued expansion of the efforts of WVU’s Center for Innovation in Gas Research and Utilization and the WVU Energy Institute. It is the third award that has been granted to WVU by the highly competitive ARPA-E program.

It is also the second Department of Energy program that WVU has joined in recent months. WVU recently announced that it became part of RAPID, a new institute in the DOE’s National Network of Manufacturing Institutes.

“The technology developed in this project has a coherent focus on an energy-related research area that is vital to the state of West Virginia,” Hu said. “It brings together multiple researchers from WVU, National Energy Technology Laboratory, Pacific Northwest National Laboratory, Florida State University and industry partners. It will also lead to the generation of intellectual property that will enhance economic competitiveness in the state of West Virginia.”

The REFUEL program seeks to develop scalable technologies for converting electrical energy from renewable resources into energy-dense carbon-neutral liquid fuels and back into electricity or hydrogen on demand. The DOE granted funding to projects from 11 companies and five universities.

REFUEL projects will accelerate the shift to domestically-produced transportation fuels as well as enable greater integration of renewable energy sources onto the grid, improving grid resiliency and American energy security.