What Goes On in Class WhatsApp Groups 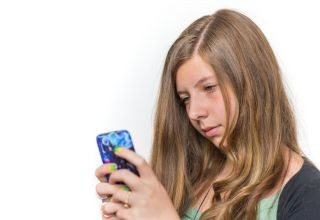 Newswise — Class WhatsApp groups provide young people with space where they feel able to develop closer and more open relationships that allow them to express themselves in ways they couldn’t in the non-virtual domain. This is the finding of a new study at the University. “The participants in the study described WhatsApp as a place where there is respect for language and where all those involved share common terms and signs. The group chats are based on trust among the members of the group, and this enhances the possibility to be in contact,” explains Dr. Arie Kizel, the author of the study.

Young people across the world use the WhatsApp application as a means of interpersonal and group communication. Most of them spend many hours in this virtual world, particularly in the evening and at night when they are alone in their room. The study by Dr. Kizel, head of the Department of Learning, Instruction, and Teacher Education in the Faculty of Education, sought to examine the way young people experience this virtual space. The study included two groups of eight youths aged 16-17 and two groups of eight youths aged 14-15. The groups included equal numbers of boys and girls. The participants functioned as a philosophical inquiry group, a familiar method used around the world in which children and young people sit in a circle and engage in the philosophical analysis of text. In this study, the participants analyzed texts taken from the class WhatsApp group (their classmates agreed to this, and the texts appeared without identifying details). The philosophical inquiry group examined the following questions: “What do you feel about the relationships that were created in the virtual domain?” “What did the group give you?” “What didn’t the group give you?” “How was this group different from groups that don’t operate online?”

An analysis of the conversations shows that the participants in the study regarded the virtual domain as somewhere where they can have a special intimacy that is not possible in other domains, and that facilitates informal relationships. “On WhatsApp, I usually feel that I am not being judged, particularly because there isn’t any eye contact or physical contact, only words and signs. So I feel more intimacy and security. I expose myself more, but it isn’t embarrassing, maybe because I don’t see people’s physical reactions,” one participant in the study explained. Another participant commented that the WhatsApp group she belongs to is mainly active late in the evening. “It’s more intimate and personal. Why? Because we usually hide things from the people we live with – our parents and siblings. The group is somewhere where I can write without anyone hearing me, so it’s intimate… I often go to sleep with the feeling that I had very close contact with my friends. It sounds strange, because I’m not actually with them, and yet I am.”

The young people perceive the WhatsApp group as a space that breaks down the hierarchical division created at school. As the study shows, the school domain often divides the class into fixed groups and friendships, created on the basis of socioeconomic status, common activities or study tracks, and so forth. The WhatsApp groups break down these divisions and make the class a single, homogenous group. “In class, I don’t just walk up to everyone. I don’t feel I can do that. In class there are clearly-defined groups and sub-groups. There’s a clear order among the groups, and children very rarely move from one group to another. It’s been like that since we started learning together three years ago. In fact, within a few months of starting our studies, everyone already knew which group they were in and what their status was within the group… In the WhatsApp group, everyone can talk to everyone else. WhatsApp breaks down the walls we put up between us in class. The WhatsApp group is like a class team-building day,” one participant commented. He added: “You have the class, which is closed and fixed, with clear boundaries, and you have the WhatsApp group, which is a real home for me where everyone gets on great with each other.”

The study also found that the young people feel that the use of icons and emojis is richer than physical gestures. “When we’re at home, we can’t always be hugging and kissing, because it’s very intimate and exposes you to the other person. On WhatsApp, boys and girls use icons to indicate physical gestures we wouldn’t dare to use in everyday life… like hugs or kisses. This sign language is a quick one – you don’t think too much, you just pick an icon and that’s it. It’s spontaneous. I feel that I’m more direct since we had the WhatsApp,” commented one of the participants in the study.

According to Dr. Kizel, the study shows that the virtual domain offers young people a chance to show intimacy in a setting beyond the classroom and the school. This is manifested in the support the young people give their classmates. “The discussions between the young people go beyond the ‘I’ and ‘Thou,’ enabling the development of a social environment that is warm and human,” she concludes. “As one participant commented: for me, the WhatsApp group is a place where we can shout and be ourselves. We aren’t alone – we’re together in the group.”