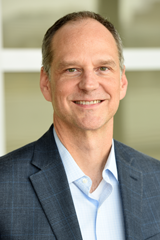 This week, electric car company Tesla confirmed its intention to merge with SolarCity, a solar energy firm. Elon Musk is CEO of Tesla and co-founder and chairman of SolarCity.

“SolarCity is a company that puts solar panels on homes and businesses but it doesn’t usually sell the panels in the traditional sense,” said Professor Witt. “The company leases the panels to the customers for no money down and then securitizes those leases, the same way home and car loans are securitized.”

Musk has long been interested in SolarCity for the way it combines innovative financing with innovative technology to benefit both consumers and the environment.

“This merger would implement Mr. Musk’s visionary business plan to create a vertically-integrated power generation system for homes,” explained Professor Witt. “The missing component of solar energy is the ability to store it. But Tesla can store electricity through the batteries it sells. Mr. Musk contends that customers can reduce dependence on the energy grid and the gasoline pump when they purchase a Tesla car for their garage, extra battery in their home and a SolarCity panel on their roof. With the merger, Telsa batteries will store the electricity generated by their panels to power both the home and the car. It’s a bold concept.”

The Tesla/SolarCity merger has some investors worried about conflicts of interest since Musk owns large stakes in both companies. Other concerns are the possible loss of management focus on Tesla’s critical gigafactory project and the increased risk from combining two fast-growing, cash-hungry companies.

“Musk has proved his critics wrong many times before. Can he do it again? Or will his huge risk-appetite finally prove bigger than even his ample ability to execute?” said Professor Witt. “It’s an exciting story. Still, the final deal awaits additional shareholder approval and regulatory review.”

Professor Witt is available for interview by contacting Kerri Howell, director of communications and media relations at the Whitman School, at 315-443-3671 or [email protected].