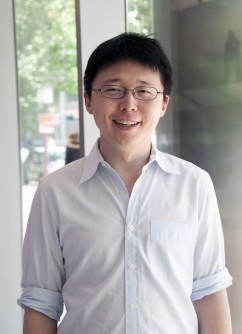 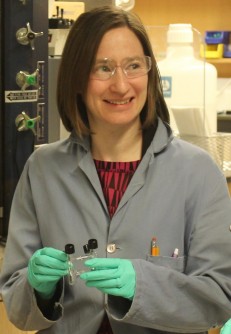 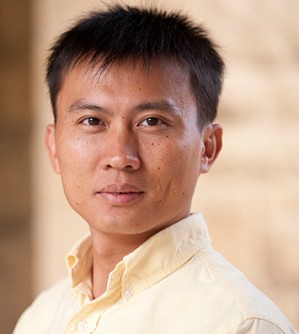 Newswise — The Blavatnik Family Foundation and the New York Academy of Sciences today announced the 2017 Laureates of the Blavatnik National Awards for Young Scientists. Starting with a pool of 308 nominees – the most promising scientific researchers aged 42 years and younger nominated by America’s top academic and research institutions – a distinguished jury first narrowed their selections to 30 Finalists, and then to three outstanding Laureates, one each from the disciplines of Life Sciences, Chemistry and Physical Sciences & Engineering. Each Laureate will receive $250,000 - the largest unrestricted award of its kind for early career scientists and engineers. This year’s Blavatnik National Laureates are:

“The work of these three brilliant Laureates demonstrates the exceptional science being performed at America’s premiere research institutions and the discoveries that will make the lives of future generations immeasurably better,” said Len Blavatnik, Founder and Chairman of Access Industries, head of the Blavatnik Family Foundation, and an Academy Board Governor.

“Each of our 2017 National Laureates is shifting paradigms in areas that profoundly affect the way we tackle the health of our population and our planet — improved ways to store energy, ‘greener’ drug and fuel production, and novel tools to correct disease-causing genetic mutations,” said Ellis Rubinstein, President and CEO of the Academy and Chair of the Awards’ Scientific Advisory Council. “Recognition programs like the Blavatnik Awards provide incentives and resources for rising stars, and help them to continue their important work. We look forward to learning where their innovations and future discoveries will take us in the years ahead.”

The annual Blavatnik Awards, established in 2007 by the Blavatnik Family Foundation and administered by the New York Academy of Sciences, recognize exceptional young researchers who will drive the next generation of innovation by answering today’s most complex and intriguing scientific questions.

About the National Laureates

Broad Institute of MIT and Harvard

Being the inventor of revolutionary technologies with a huge impact on both molecular biology and medicine is not enough for bioengineer Dr. Feng Zhang. Now, he wants to use these technologies to help us better understand how the human brain functions.

Early in his career, Dr. Zhang was a co-inventor of optogenetics, a new neuroscience technology. The first genetically encoded optical tool that can precisely control brain cells (neurons) by the millisecond, optogenetics allows for light-induced control of neuronal activity, helping researchers understand how neurons form circuits that control behavior.

Dr. Zhang then turned to genome editing strategies, whereby precise changes to an organism’s DNA can be made. In a milestone for the medical and scientific community, he re-engineered the microbial CRISPR-Cas9 system for genome editing in human cells. He has since made this revolutionary tool available to biomedical researchers around the world.

“The sequencing of the human genome has helped reveal genetic mutations that lead to thousands of devastating diseases, most of which are untreatable,” says Dr. Zhang.   “We wondered, ‘what if we could develop one treatment that can precisely remove these mutations from the genes of affected patients?’” Dr. Zhang and his team saw potential in harnessing the bacterial immune system to address the challenge of overcoming human disease. Since their initial demonstration using Cas9 to edit the human genome, his lab has been working to further refine and expand genome editing technologies and apply them to better understand human disease.

He says: “It is my hope that we can one day use these technologies to erase the mutations that cause illnesses.”

"Feng Zhang has, since he was a graduate student, displayed the highest level of innovation in research. His accomplishments as an independent investigator have been stunning, contributing to the development of new technologies that have revolutionized gene engineering.” - Bruce Stillman, PhD, FRS, President & CEO, Cold Spring Harbor Laboratory and a member of the 2017 National Jury.

One might think of organic chemist Dr. Melanie Sanford as an architect and a builder. Instead of designing and constructing buildings, however, her research team works on building molecules. These molecules have major applications, ranging from carbon dioxide recycling to drug discovery.

Dr. Sanford, who is both a member of the National Academy of Sciences and recipient of a MacArthur “genius grant,” has designed molecules that can be used to store energy in batteries, serve as new medical imaging agents, convert carbon dioxide into fuels, or serve as pharmaceuticals to treat disease. The chemical reactions she has developed are widely used throughout the pharmaceutical industry to create new drug candidates, are being studied by chemical companies interested in accessing important chemicals used in farming, and are being utilized to prepare a type of chemical (tracer) that allows doctors to view the heart’s sympathetic nervous system through positron emission tomography (PET) scans.

One of the Sanford lab’s most exciting recent breakthroughs is in the area of redox flow batteries. These are large-scale batteries that will ultimately be used to store energy from renewable sources such as solar and wind. These huge, long-lasting batteries have many requirements that everyday phone, computer or car batteries do not have, and they need to meet safety and cost standards unlike those of other batteries.

“This has been a really exciting project because it leverages my group’s expertise as chemical architects and builders for a new and really important application,” says Dr. Sanford. “It is also an area where there is still a tremendous amount to be discovered.”

She adds: “I think energy storage is particularly important and exciting. I am thrilled with the prospect of continuing to pursue this frontier in the coming years.”

“Melanie Sanford’s insightful studies on the details as well as applications in the field of carbon-hydrogen bond activation have led to new methods to efficiently modify existing pharmaceuticals to arrive at new and better forms in a more efficient and rapid way than was previously possible. Her rigorous studies and focus on delivering impactful solutions to large problems make her the ideal recipient of the 2017 Blavatnik National Award in Chemistry.” – Stephen Buchwald, PhD, Camille Dreyfus Professor of Chemistry, MIT and a member of the 2017 National Jury.

BS, University of Science and Technology of China

Saving the environment and fostering sustainable energy through nanomaterial innovations

Dr. Yi Cui started his research on nanotechnology while a graduate student at Harvard, and continued this work as a postdoctoral fellow at UC Berkeley. After joining Stanford’s faculty in 2005, he decided to use what he learned about nanotechnology to address major problems in energy and the environment. Today, he is heading up one of the world’s leading laboratories using nanomaterial research to pursue challenges in energy and environmental sciences, particularly in the development of the next generation of batteries.

“My goal is to generate leading-edge technologies for sustainable energy and environmental protection,” said Dr. Cui. “I want to generate breakthrough technologies that can change the world, commercialize these technologies to make a real impact on society, and mentor many outstanding students who will develop high-impact technologies throughout their careers.”

His lab has made many significant breakthroughs. In the last year alone, Dr. Cui and colleagues invented a cooling textile for human body heat dissipation that can save 30% of the electricity used in building air conditioning. A second invention was a novel technique for tuning catalyst activity in battery cells, in order to make them more efficient. Both discoveries were published recently in Science. Three of his innovations were named as Scientific American “Top 10 World-Changing Technologies” in 2010, 2014 and 2016.

What does he find most satisfying about his work? “Generating breakthrough technologies with great impact and educating students to become the next generation of scientists.”

“Professor Cui is a world-leading researcher in the fields of energy and nanomaterials science who is making extraordinary contributions to these important areas of technology. His approach towards achieving the goals of efficient storage and conversion of energy by exploiting precise nanoscale materials design is extremely creative, and is already having a global impact.” – David Awschalom, PhD, Liew Family Professor in Molecular Engineering, The University of Chicago and a member of the 2017 National Jury.

Expansion of the Blavatnik Awards

The Blavatnik Awards for Young Scientists program has expanded significantly since it launched 10 years ago with prizes for young scientists in the greater New York region.   With this year’s addition of the Blavatnik Awards for Young Scientists in the United Kingdom and in Israel, there are now regional, national and international Blavatnik young scientist honors. The international awards were launched in the same year that the Academy celebrates its 200th anniversary.

Honoring the National Laureates and Finalists

The National Laureates and Finalists will be honored at an annual awards ceremony on September 25, 2017, at the American Museum of Natural History in New York City.

On July 17 and 18, 2017, the Academy and the Blavatnik Family Foundation will host the fourth annual Blavatnik Science Symposium featuring research of the 2017 National Laureates and Finalists and Blavatnik Awards honorees from previous years. The event will also include members of the Blavatnik Awards National Jury and Scientific Advisory Council, as well as other scientific luminaries.

About the Blavatnik Family Foundation

About the New York Academy of Sciences

The New York Academy of Sciences is an independent, not-for-profit organization that since 1817 has been driving innovative solutions to society’s challenges by advancing scientific research, education, and policy. With more than 20,000 Members in 100 countries, the Academy is creating a global community of science for the benefit of humanity. Please visit us online at www.nyas.org and follow us on Twitter at @NYASciences.