With Halloween Coming Up, Anthropologist Expert Available to Comment on Witchraft, Shaman and Magic 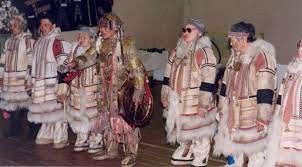 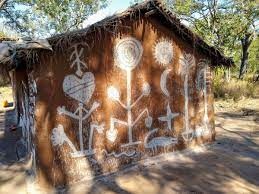 The frost-bitten tundra cultures of northern Siberia may not seem to have much to do with those of Mozambique, but put the two side-by-side and there are surprising similarities. Magic and the power of the supernatural play a key role in both cultures, as they do across most societies, says anthropology professor and chair John Ziker.

“I started fieldwork in Siberia in 1992. In the community where I lived for three years, there are people with reputations for having supernatural powers,” he said. “Some of these people are formally recognized as shamans, some are descended from shamans.”

The shamans he described in this tundra culture traditionally wore heavily-adorned parkas. Ornamented with bronze icons and other culturally-relevant symbols, the parka can weigh about 40 kilograms, or 88 pounds. One culturally relevant symbol are the faces on the shoulders of the parkas: these are faces of ancestors, and their noses are shaped like the bow of a ship for an unexpected reason.

“These faces with long, thin noses help the shaman break through iron waves in order to get to the underworld, where they do battle with some kind of spirit that has taken someone’s soul,” Ziker explained.

Shamans traditionally do important spiritual healing work through such battles. However, in the past, some shamans were accused of doing evil deeds, much like witchcraft accusations in other societies.

More recently, while doing field research in Mozambique, Ziker witnessed contemporary witchcraft accusations. Though it has faded from use in many cultures and societies, accusations of witchcraft are still alive in others.

“It’s really common across sub-Saharan Africa, and fairly common in more traditional societies in other parts of the world as well,” said Ziker. “The people who have the least connections within the community, those are the ones who are more often accused of witchcraft.”

Ziker explained that witchcraft accusations have served as a political tool geared to maintain the social order, though not always in the way one would expect. Two common social science explanations of witchcraft are the mass hysteria theory and the scapegoat theory.

The mass hysteria theory has been used to explain examples such as the witch killings of the reformation and counter-reformation in the 16th and 17th centuries. During these religious wars, communities demanded magistrates find a reason for their ills, oftentimes demanding and forcing the decisions to condemn community members.

In the scapegoat theory, someone peripheral in the community takes the blame for the problems in the community. This approach has been used to explain incidences such as the Salem witch trials. Both of these theories have significant challenges to overcome in explaining actual witchcraft accusation and prosecution patterns, both historically in the West and cross-culturally.

“While it is interesting that these people are being accused of witchcraft and prosecuted because they’re relatively powerless, ultimately, accusations are aimed to demonstrate to some other group that this group [in power] is willing to go to that extent in order to protect its interests. It’s a statement to people who really do threaten the social order,” said Ziker.

The definition of witchcraft in anthropology covers such accusations of supernatural evil. Ziker often is asked about Wicca and Wiccans, who do not fit this definition. In anthropology, Wicca is viewed as a new religious movement, and consider it using other concepts such as magic, sorcery and sacrifice. Wiccans embrace the identity of witchcraft to create power structures of their own in the face of dominant religions. Researcher Wouter Hanegraaff with the University of Amsterdam refers to this as a “positive antitype.”

Going beyond social typologies, Ziker encouraged researchers to look at the nuances of behavior and individual costs and benefits of cooperative strategies. Wicca, like other new religious movements, uses supernatural claims to create, maintain and expand social relationships.

As an anthropologist, Ziker said that being able to understand the motives and mindset that shape such supernatural beliefs requires using observational methods to analyze various details, ranging from educational levels, to wealth, kinship relations and much more.

“In anthropology, we listen to what people say about what they’re doing, but our main methods are focused on what people are doing,” said Ziker. “And a lot of times we say one thing and do something completely different