Study First to Find Connection Between Paid Sick Leave and Financial Worry in the U.S. 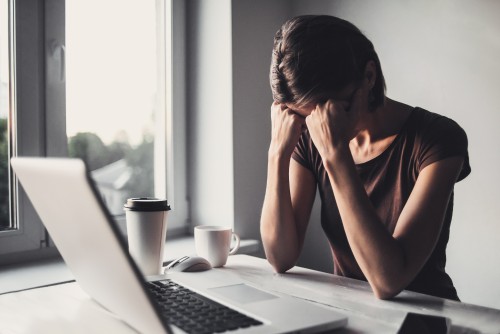 For Americans who are working without paid sick leave, a day lost can translate into lost wages or even place their employment in jeopardy. This contributes to the shaky financial situation in which many families already find themselves.

Newswise — Many Americans, even middle-class earners, are living paycheck-to-paycheck. While worrying about making ends meet is a common concern for many Americans, new research shows that it is even more troublesome for working adults without paid sick leave.

A study by researchers at Florida Atlantic University and Cleveland State University, published in the Journal of Social Service Research, is the first to investigate the relationship between paid sick leave and financial worry. Even when controlling for education, race, sex, marital status, employment and insurance, the researchers have shown a positive association between not having paid sick leave and reporting financial worry.

“For Americans who are working without paid sick leave, a day lost can translate into lost wages or even place their employment in jeopardy. This contributes to the shaky financial situation in which many families already find themselves,” said LeaAnne DeRigne, Ph.D., senior author and an associate professor of FAU’s Phyllis and Harvey Sandler School of Social Work within the College for Design and Social Inquiry. “Given worry’s known relationship to health, mental health, and employment productivity, findings from our latest study are really disconcerting.”

For the study, the researchers used the National Health Interview Survey 2015 data release and sampled 17,897 working adults between the ages of 18 and 64 in the U.S. in current paid employment. More than 40 percent of the sample size did not have paid sick leave, more than half were female, more than half were married, nearly three-quarters had some college education; and the majority (62 percent) were non-Hispanic white. The average age was 41.2 years, the mean family size was 2.6 persons; and more than 79 percent worked full-time.

Paid sick leave allows employees to balance work and family responsibilities while also managing their own health and that of their family members. According to the U.S. Bureau of Labor Statistics, 68 percent of Americans and only 31 percent of part-time workers have access to paid sick days. Hispanic workers have the lowest access rates at only 45 percent. Only the U.S. and Japan do not mandate a national sick leave benefit.

“The costs of providing sick leave benefits may be lower than employers think when taking into account the costs of workers coming to work when they are sick or performing sub-optimally,” said Patricia Stoddard Dare, Ph.D., co-author and a professor in the School of Social Work at Cleveland State University. “Both employers and policy makers should consider the potential cost savings associated with offering a few guaranteed paid sick days.”

In their prior research, DeRigne and Stoddard-Dare showed that workers without paid sick leave benefits also reported a statistically significant higher level of psychological distress. They were 1.45 times more likely to report that their distress symptoms interfered “a lot” with their daily life and activities compared to workers with paid sick leave. Those most vulnerable: young, Hispanic, low-income and poorly educated populations. Their other research findings also showed that working adults without paid sick leave were three times more likely to have incomes below the poverty line and were more likely to experience food insecurity and require welfare services.

With this latest study, DeRigne and Stoddard-Dare have identified another vulnerability among these workers – an increased risk of financial worry. The researchers stress that mandating paid sick leave benefits may provide an additional safety net to support working families, especially low-income households for which a day of lost wages can be very difficult to absorb.

“The risk and fear of losing one’s job due to illness related absences can lead to people working while sick, which has serious public health implications especially as we are entering peak flu season,” said DeRigne. “Our research is providing further evidence of the importance of paid sick leave benefits to the economic health of families and in general to society.”

All Journal News In the Workplace Local - Florida