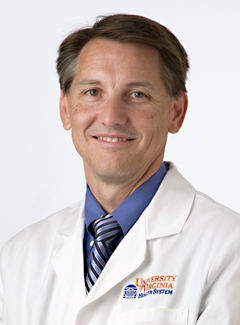 Newswise — Researchers at the University of Virginia (UVA) are starting the first clinical trial in the world using focused ultrasound to treat patients with epilepsy. The study, supported by the Focused Ultrasound Foundation in collaboration with the Epilepsy Foundation, will assess the feasibility, safety and initial effectiveness of focused ultrasound to non-invasively destroy (ablate) diseased brain tissue that causes seizures.

The study is now recruiting up to 15 adult patients with a range of rare deep brain lesions that produce debilitating seizures that often do not respond to medications. It is expected that most patients in the study will have benign tumors in the hypothalamus, which can lead to frequent seizures with outbursts of spontaneous laughing, giggling, crying or grunting; developmental delays and/or precocious puberty. The disorder can progress as patients age, leading to increased cognitive decline and severe behavior problems.

Current options for patients whose seizures do not respond to medication include surgery or laser thermal ablation, both which may involve multiple risks or complications, such as damage to normal brain, infection or hemorrhage. The only currently available non-invasive method is radiosurgery with the gamma knife, which may take months to show effect, is not image guided and involves risks of complications from radiation.

“Intractable epilepsy, especially this type, can be devastating and existing therapies have risks and are not uniformly effective, so many patients are in desperate need of better therapies,” says principal investigator Nathan Fountain, MD, professor of neurology at UVA. “If we are successful in destroying the lesions without complications, then this will be an important step on the path toward developing focused ultrasound to enable patients to have freedom from seizures without the risks of open surgery.”

Patients seeking further information about the study should contact Stacy Thompson, RN at SRC2H@virginia.edu or Nathan Fountain, MD at NBF2P@virginia.edu.

About Focused Ultrasound Focused ultrasound uses ultrasonic energy guided by real-time imaging to treat tissue deep in the body without incisions or radiation. Multiple intersecting beams of ultrasound are directed and concentrated on a target; much like a magnifying glass can focus multiple beams of light on a single point. Where each individual beam passes through the tissue, there is no effect. But, at the focal point, the convergence of the beams of focused ultrasound energy results in many important biological effects depending on the nature of the tissue and the ultrasound parameters.

Today, focused ultrasound is approved in the United States to treat uterine fibroids, reduce pain from bone metastases, and treat the prostate. The technology is in various stages of research and development for more than 50 diseases, including Parkinson’s, Alzheimer’s, hypertension, and tumors of the brain, liver, breast, and pancreas.