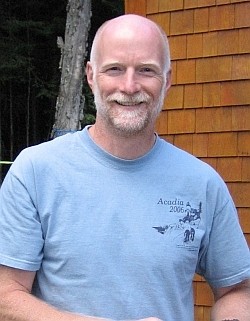 Salisbury University’s Dr. Stephen Gehnrich is a biologist by trade, but his lifelong passion for exploring the history of World War I has helped bring to light one of the war’s earliest casualties (and the first from Maryland). U.S. Navy Seaman Herbert Renshaw was lost at sea during a rough passage hours after leaving port in South Carolina, just months after enlisting at age 17. Gehnrich discovered a small article in a local newspaper about Renshaw’s misfortune while researching Marylanders who fought in the war. Working with the independent Doughboy MIA Team, he helped get Renshaw’s name authorized by the American Battle Monuments Commission for addition to the Tablets of the Missing memorial at England’s Brookwood American Cemetery, correcting a century-long omission.

Gehnrich is available to speak with media about his WWI research. To schedule an interview please contact the SU Public Relations Office at 410-543-6030 or [email protected].