9-Apr-2020 8:05 AM EDT, by University of Alabama Huntsville
favorite_border

Newswise — HUNTSVILLE, Ala. (April 9, 2020) – California’s nitrogen dioxide (NO₂) air pollution has been reduced by a combination of the state’s COVID-19 lockdown and naturally occurring effects, according to an atmospheric scientist at The University of Alabama in Huntsville (UAH).

“I tracked NO₂ concentrations from satellite observations since NO₂ is a tracker for human activities related to transportation and industrial sectors,” Dr. Naeger says. “California was a prime area of conducting this study due to the active transportation sector in the densely populated state.”

The research involved analyzing spatial patterns in weekday NO₂ concentrations in March during the period when lockdown measures in response to the COVID-19 outbreak were being adopted in the state. Dr. Naeger blogged about the research on The Wide World of SPoRT website.

“As stricter lockdown measures were adopted, a distinct decreasing trend in NO₂ was observed in the state, particularly in the major cities and traffic corridors,” he says.

The instrument involved in producing the NO₂ maps is the Tropospheric Monitoring Instrument (TROPOMI), launched in 2017 as part of the polar-orbiting European Space Agency’s (ESA) Sentinel-5 precursor – or Sentinel-5P – satellite.  “TROPOMI measures trace gas pollutants in the atmosphere,” Dr. Naeger says. “No modeling was done here, but future work should use modeling to disentangle the effects from the COVID-19 shutdown and natural weather factors on the pollutant reductions.”

No historical data was shown in the blog post but the known role of seasonal climatology on reducing NO₂ during March was noted. Dr. Naeger thinks the reductions observed were due both to transportation reductions and also natural variability in weather during this seasonal transition period.

Although it’s not part of his normal operations, Dr. Naeger says he plans to continue monitoring activities over the region.

In 2022, the NASA Tropospheric Emissions: Monitoring Pollution (TEMPO) and Multi-Angle Imager for Aerosols (MAIA) missions will provide researchers with even more atmospheric data.

“They will provide unprecedented detail on gas and particulate pollution over North America,” Dr. Naeger says. “MAIA will monitor other target area regions of the globe as well.” 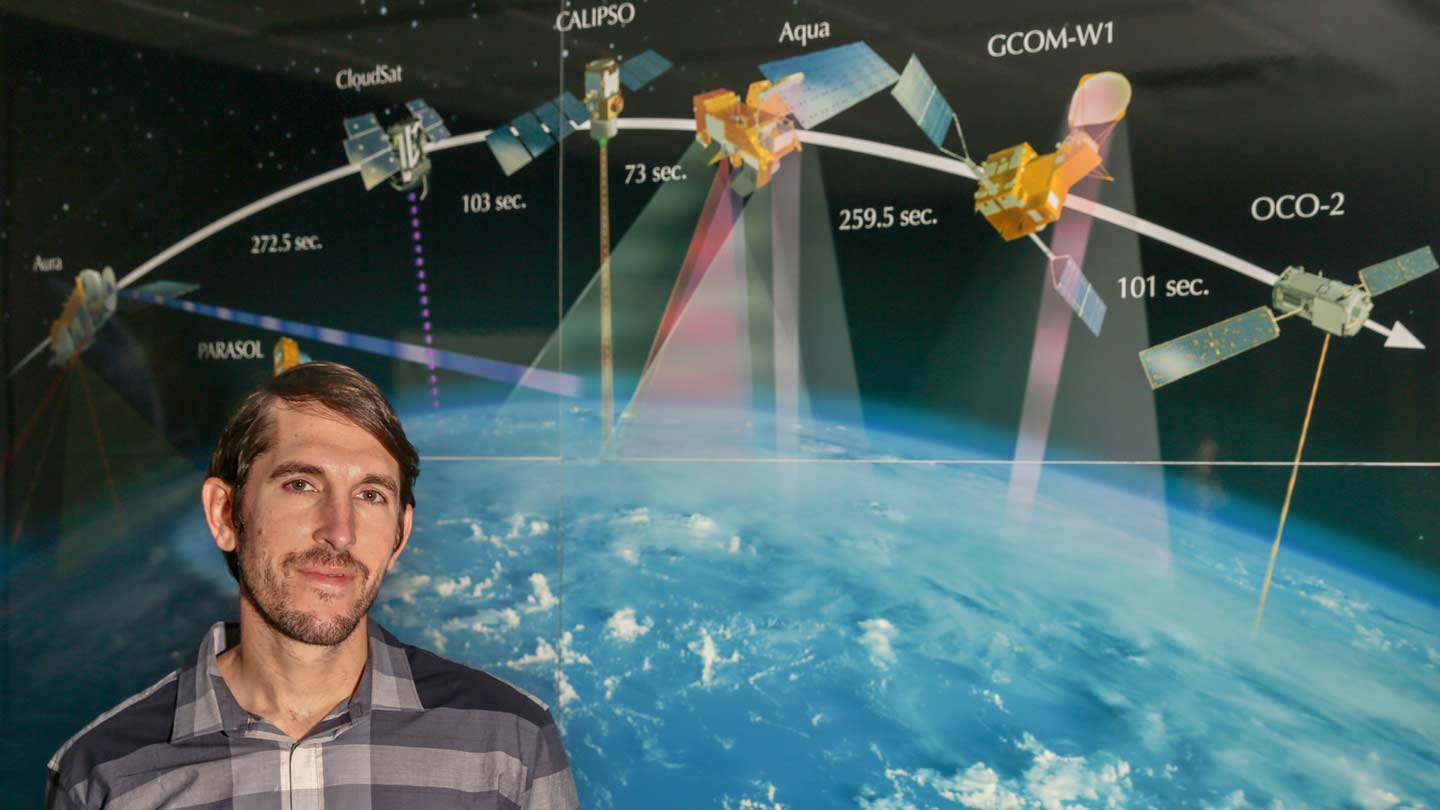 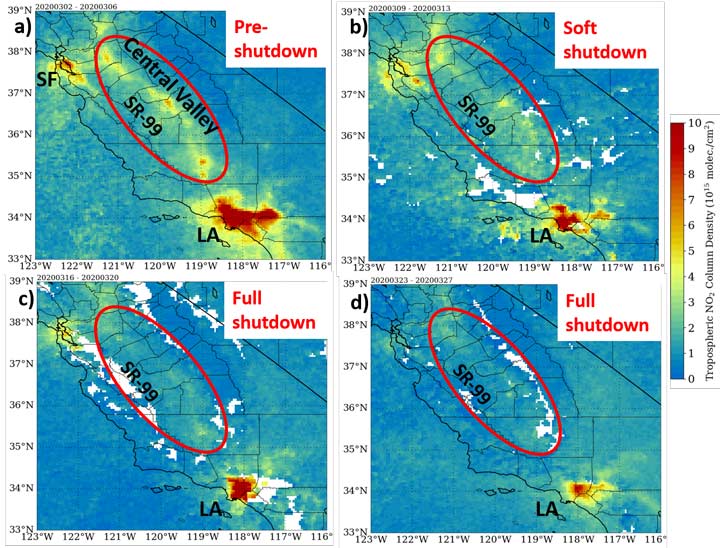