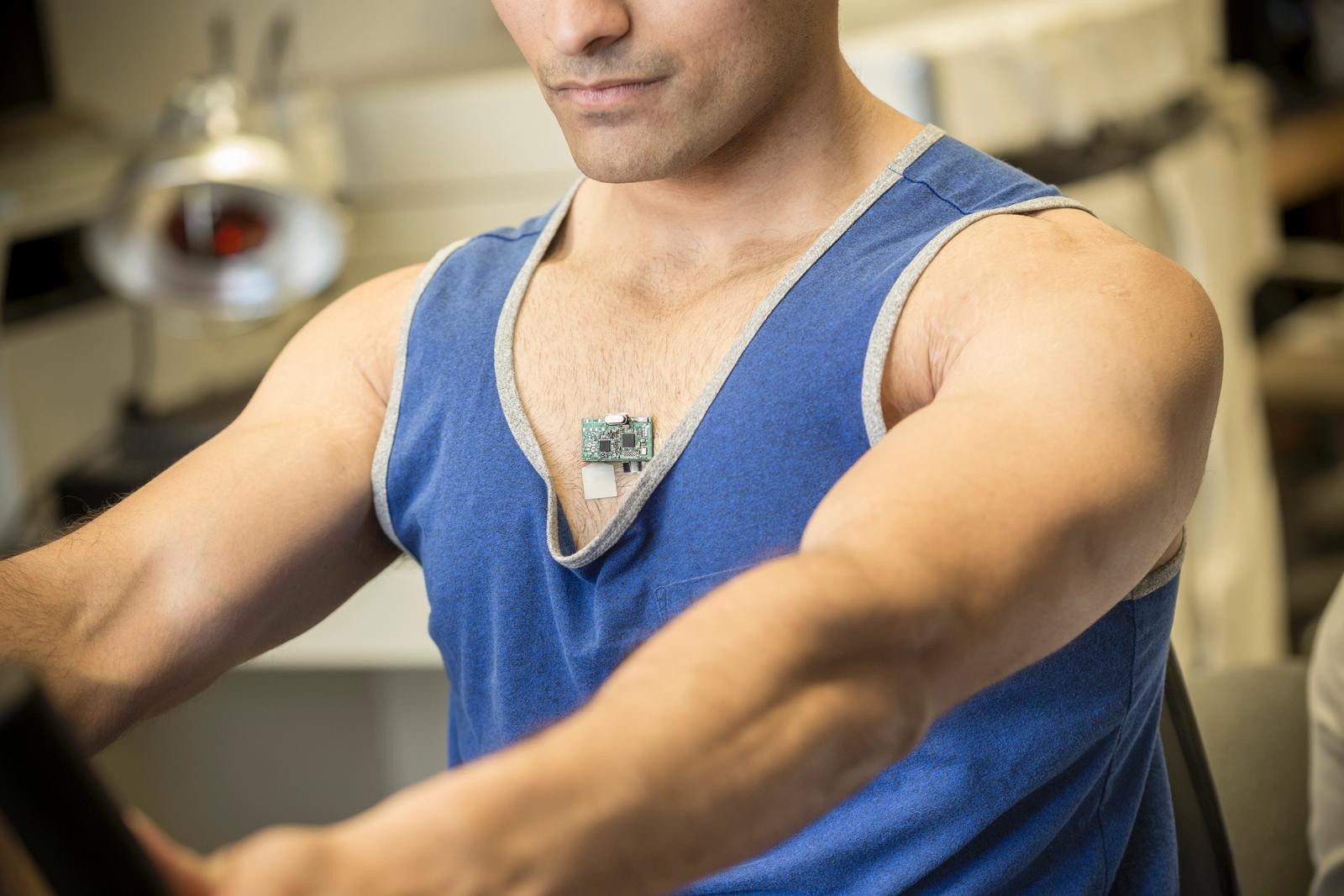 The sensor would be connected to electrodes and a small electronic board. 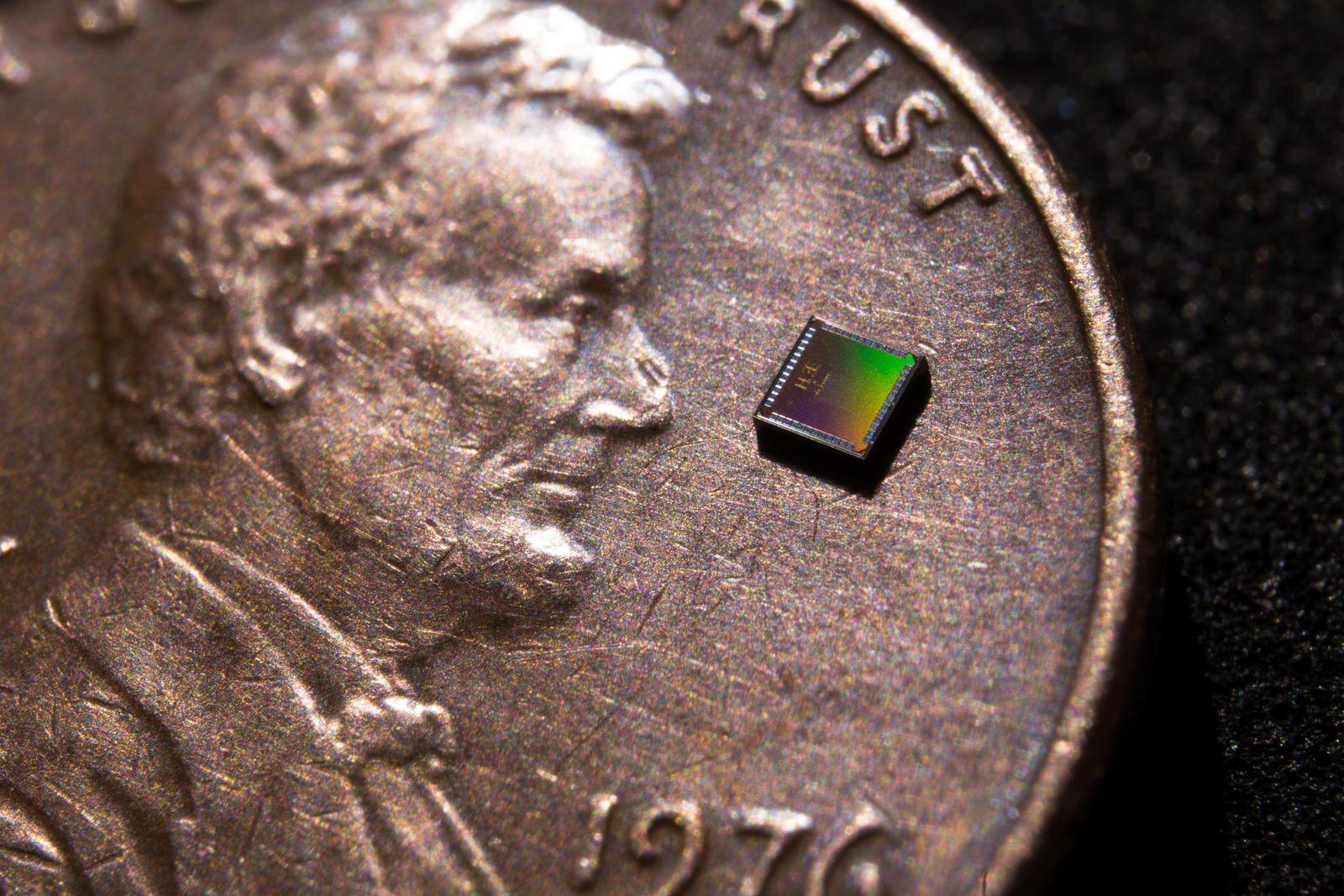 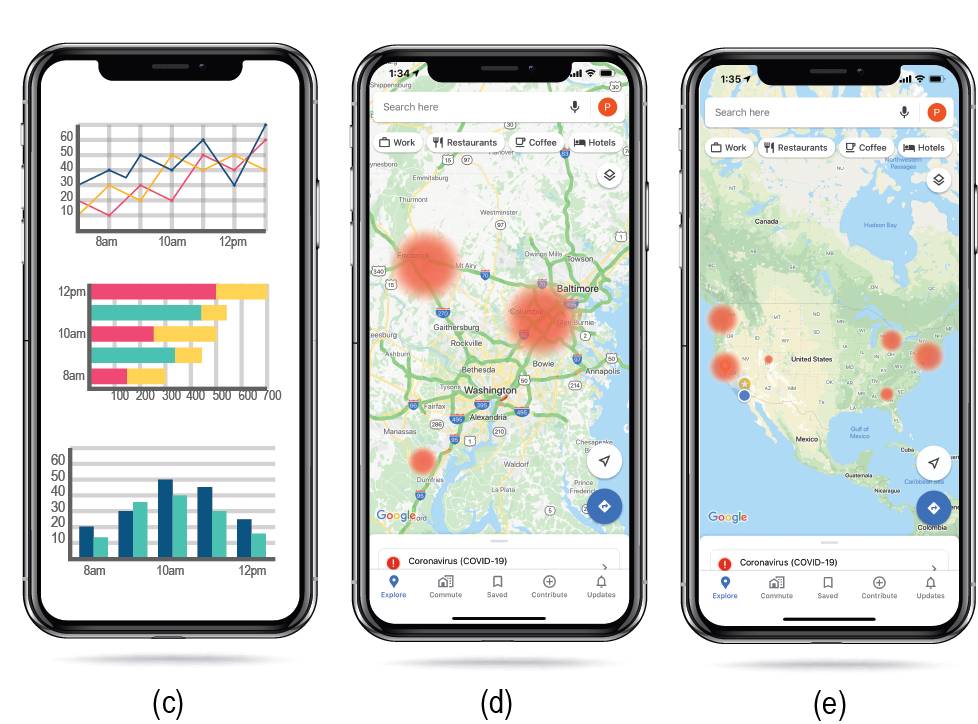 The chip and sensor would transmit date to a smartwatch or smartphone. Data analysis would show local and national infection rate.

Newswise — Engineers at the University of California San Diego are developing low-cost, low-power wearable sensors that can measure temperature and respiration--key vital signs used to monitor COVID-19. The devices would transmit data wirelessly to a smartphone, and could be used to monitor patients for viral infections that affect temperature and respiration in real time. The research team plans to develop a device and a manufacturing process in just 12 months.

The effort is led by Patrick Mercier, a professor in the Department of Electrical and Computer Engineering at UC San Diego, and has been funded through a Rapid Response Research (RAPID) grant from the National Science Foundation.

“We desperately need a way to quantitatively triage individuals who are at high risk of carrying COVID-19, based on more than just their self-reported symptoms,” Mercier said. “In addition, those who are infected and are quarantining at home have no way of knowing how they are progressing in their recovery and/or if their symptoms are sufficient to warrant hospitalization before it may be too late. All of this is true not just for COVID-19, but for any future viral infection that may take the world by storm.”

Mercier’s research group specializes in low-power sensors; Mercier is the current world record holder for the lowest-powered temperature sensor ever built: only about 100 picowatts, which is about 100,000 times lower than even the most basic digital watch. Since the power level is so low, Mercier’s group will be exploring some novel forms of energy harvesting to power such devices without a battery.

Since no battery is required, the researchers plan to scale up manufacturing while keeping costs under 10 cents per unit.

Currently, temperature sensors are often bulky, power hungry and, importantly, only measure spot temperatures infrequently. In addition, respiration, including shortness of breath and lung function, is measured via manual spot processes that quantify how much air a person inhales and exhales and how quickly. The process relies on bulky devices which can’t be easily miniaturized.

Mercier proposes to combine his group’s temperature sensing work together with a way to electrically monitor respiration function in a convenient manner without having to make a person breathe into a device. This will allow continuous, real-time monitoring of symptoms.

The wearable’s low power capacity could be achieved through various technologies that Mercier’s research group has explored, including WiFi, custom Bluetooth, magnetic fields and wake-up radios.  Mercier holds several world records for low power wireless communications devices as well and plans to use those technologies for this project.

“This is actually a revolutionary idea that can help enable entirely new classes of wearable devices that do not require batteries, and thus has broader impacts beyond just this project,” Mercier said.

Caption: The sensor would be connected to electrodes and a small electronic board.

Caption: The chip and sensor would transmit date to a smartwatch or smartphone. Data analysis would show local and national infection rate.