A roadmap for deepening understanding of a puzzling universal process 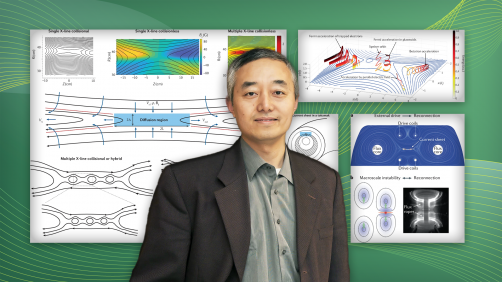 Newswise — A puzzling process called magnetic reconnection triggers explosive phenomena throughout the universe, creating solar flares and space storms that can take down mobile phone service and electrical power grids. Now scientists at the U.S. Department of Energy’s (DOE) Princeton Plasma Physics Laboratory (PPPL) have detailed a roadmap for untangling a key aspect of this puzzle that could deepen insight into the workings of the cosmos.

Reconnection converts the magnetic field energy to particle eruptions in astrophysical plasmas by snapping apart and explosively reconnecting the magnetic field lines — a process that occurs within what are called dissipation regions that are often enormously smaller than the regions they impact.

“Plasma doesn’t like reconnection,” said Hantao Ji, a PPPL physicist and Princeton University professor who is first author of a paper that details the roadmap in Nature Reviews Physics. “However, reconnection does happen when the magnetic field is sufficiently stressed,” he said.

“Dissipation scales are tiny whereas astrophysical scales are very large and can extend for millions of miles. Finding a way to bridge these scales through a multiscale mechanism is a key to solving the reconnection puzzle.”

The roadmap outlines the role of developing technologies with multiscale capabilities such as the Facility for Laboratory Reconnection Experiment (FLARE), a recently installed collaborative facility  that is being upgraded and will probe facets of magnetic reconnection never before accessible to laboratory experiments. Complementing these experiments will be simulations on  coming exascale supercomputers that will be 10 times faster than  current computers. “The hope is for FLARE and exascale computing to go hand-in-hand,” Ji said.

The working theory the PPPL roadmap proposes is that multiple plasmoids, or magnetic islands, that arise from reconnection along lengthy plasma current sheets could bridge the vast range of scales. Such plasmoids would correspond more closely to the affected reconnection region, with multiscale laboratory experiments planned to provide the first tests of this theory and to evaluate competing hypotheses.

“Exascale will allow us to do more credible simulations based on high-fidelity FLARE experiments,” said PPPL physicist Jongsoo Yoo, a coauthor of the paper. The increased size and power of the new machine — its diameter will be twice that of the sports-utility-vehicle-sized Magnetic Reconnection Experiment (MRX), PPPL’s long-standing laboratory experiment  — and will enable scientists to replicate reconnection in nature more faithfully.

“FLARE can access wider astrophysical regimes than MRX with multiple reconnection points and measure the field geometry during reconnection,” said William Daughton, a computational scientist at Los Alamos National Laboratory and a coauthor of the paper. “Understanding this physics is important for predicting how reconnection proceeds in solar flares,” he said.

A key challenge to the coming experiments will be innovating new high-resolution diagnostic systems free from restrictive assumptions. Once developed these systems will enable FLARE to build upon satellite sightings such as those produced by the Magnetospheric Multiscale mission, a fleet of four spacecraft launched in 2015 to study reconnection in the magnetosphere, the magnetic field that surrounds the Earth.

“Progress in understanding multiscale physics critically depends on innovation and efficient implementation of such diagnostics systems in the coming decade,” the paper said. The new findings will address open questions that include:

Overall, “The paper lays out plans to provide the entire space physics and astrophysics communities with methods to solve the multiscale problem,” Yoo said. Such a solution would mark a major step toward a more complete understanding of magnetic reconnection in large systems throughout the universe.

Support for this work comes from the DOE Office of Science (FES). Coauthors include Jonathan Jara-Almonte of PPPL and Ari Le and Adam Stanier of Los Alamos National Laboratory. 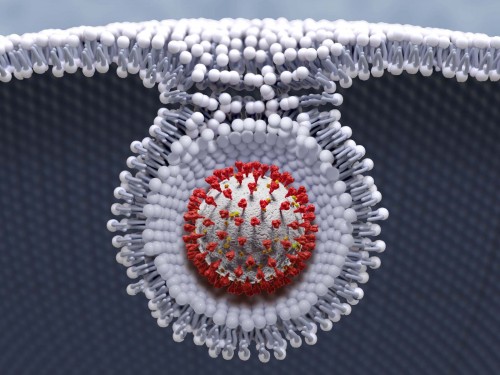