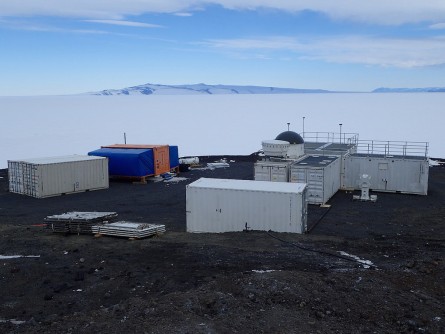 AWARE will use the joint capabilities of the U.S. Antarctic Program, managed by the National Science Foundation, and the second AMF (AMF2) to provide quantitative data about energy components, changing air masses, and cloud microphysical data to improve model simulations of the ice sheet as influenced by global climate. 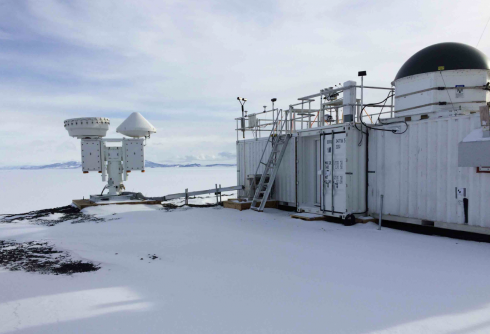 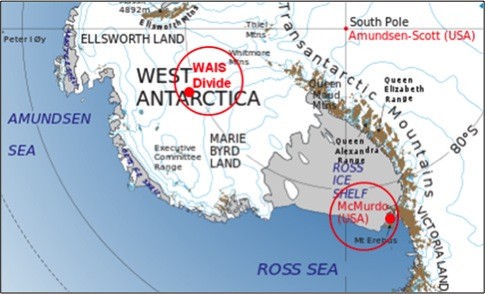 Map site of the WAIS and McMurdo Stations where AWARE instruments were deployed. 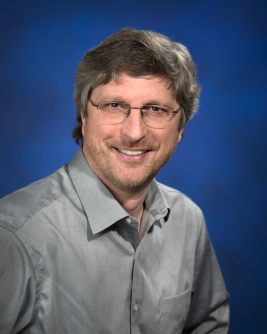 It has been nearly half a century since scientists have collected extensive climate or atmospheric data from the West Antarctic Ice Sheet (WAIS). But late last year, scientists from the U.S. Department of Energy’s (DOE) Brookhaven National Laboratory, working with a group led by the Scripps Institution of Oceanography, embarked on a new project that will lead to a better understanding of how much of the sun’s light and the atmosphere’s heat radiation reach the Antarctic surface—variables that affect temperature patterns and ice melt throughout the region.

“We will be analyzing what physical processes are going on for a better understanding of the factors that are governing the surface energy balance in Antarctica,” said Andrew Vogelmann, an atmospheric scientist in the Environmental and Climate Sciences Department at Brookhaven Lab. “This improved understanding can ultimately be used to understand why the Antarctic is warming the way it is.”

The project, known as the Atmospheric Radiation Measurement (ARM) Climate Research Facility West Antarctic Radiation Experiment (AWARE), is a joint effort between the DOE and the National Science Foundation. The AWARE team will use instruments deployed by ARM to the McMurdo Station in Antarctica and the ice-core drilling station at the WAIS—one of the most remote science-based stations on Earth.

The instruments will gather measurements on cloud properties and their effects on atmospheric radiation at the surface and many other factors such as temperature and winds. An aerosol observing system—a mobile atmospheric sampling station designed at Brookhaven Lab and deployed at McMurdo—will also measure aerosols that affect the formation of clouds.

The instruments will not be measuring long enough to look at the effects of climate change on Antarctica. However, they will be able to look at weather patterns and the processes affecting how solar and thermal energy impact the surface energy balance, which impacts ice melt and, consequently, sea level rise.

Vogelmann, a co-investigator on the team that helped develop the observation strategy—including what equipment to use and the best placement for it—will be analyzing the cloud and radiation data once it comes off the ice.

“The WAIS is too remote to transport a large set of instrumentation,” said Vogelmann. “So, we had to figure out the best subset of equipment to get the data we needed. These measurements will be the first ever of WAIS cloud properties and surface radiation.”

Making up for lost time

The last deployment to the WAIS to study the atmosphere was in 1957, when the International Geophysical Year launched weather balloons that collected data for about 10 years. No significant atmospheric data has been collected there since.

Such a challenging deployment seemed like a long shot in 2013, when Vogelmann and Dan Lubin, a physicist at Scripps and lead scientist for AWARE, collaborated with the team on the proposal. So Vogelmann was delighted when the DOE approved the project. An ARM crew was dispatched to begin setting up instruments last November.

The AWARE equipment, which includes a series of cloud radars and a high spectral resolution lidar, will capture the complex effects of weather patterns on the clouds and surface energy balance. These weather patterns can be affected by what is happening in the tropics and middle latitudes, said Vogelmann.

“It’s not so easy to say that an event in mid-latitude regions affects Antarctica,” he explained. “So this is an interesting opportunity to see how water vapor and heat from outer latitudes propagate into Antarctica.”

The equipment was deployed to McMurdo in November 2015, and will collect data for 14 months. The instruments at the WAIS, deployed more recently in December, will be there just for the Antarctic summer months, because conditions are too harsh for the drill site to remain open during the Antarctic winter.

Cloud patterns are difficult to understand without proper technology. For instance, previous analyses have indicated that mixed-phase clouds occur with different frequencies at McMurdo Station than in the Arctic. These clouds are a combination of ice and water in the same volumes and are difficult for climate models to simulate properly.

“Mixed-phase clouds have a different radiative signature than just pure water or pure ice,” said Vogelmann. “We hope to be able to use our instruments to understand the frequency of these clouds, their effects on the surface energy budget, and what weather conditions favor their presence.”

One of the more exciting aspects of the study is that the atmosphere in Antarctica, without human influence, is virtually clear of any pollution such as industrial aerosols. So, Vogelmann hopes to compare the results from that “clean” environment sampled by AWARE with the conditions in the Arctic, which is strongly affected by Northern Hemisphere pollution.

“We get to look at these cloud patterns under pristine conditions,” said Vogelmann. “The WAIS is very cold, very dry, and there are not a lot of aerosol particles. So it will offer an interesting perspective to our understanding formulated from other regions.”

Vogelmann and the team are eager to understand the complexities of this region far better than ever before. “There have been other observations in other areas of Antarctica of a much more limited scope,” said Vogelmann. “This project is setting a whole new bar.”

The ARM Climate Research Facility is a DOE Office of Science User Facility. The ARM Facility is operated by nine Department of Energy national laboratories, including Brookhaven National Laboratory. 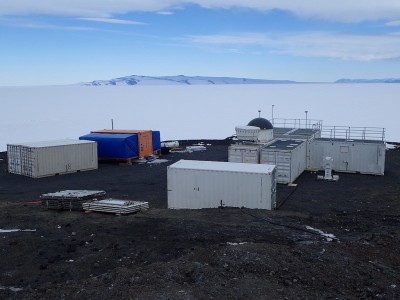 Caption: AWARE will use the joint capabilities of the U.S. Antarctic Program, managed by the National Science Foundation, and the second AMF (AMF2) to provide quantitative data about energy components, changing air masses, and cloud microphysical data to improve model simulations of the ice sheet as influenced by global climate. 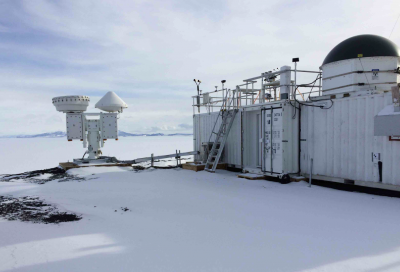 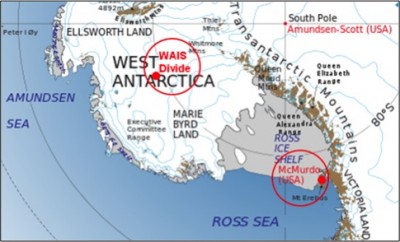 Caption: Map site of the WAIS and McMurdo Stations where AWARE instruments were deployed. 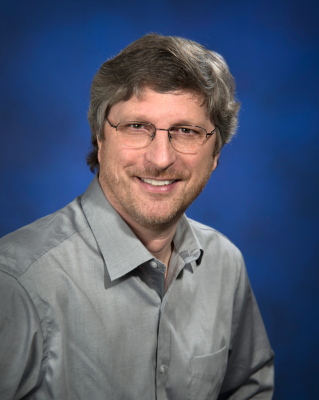