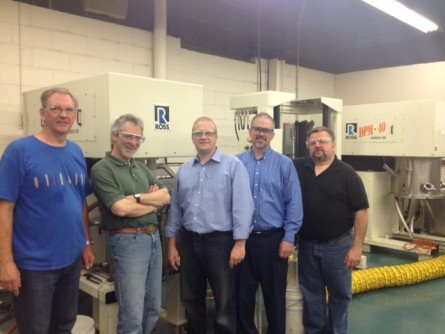 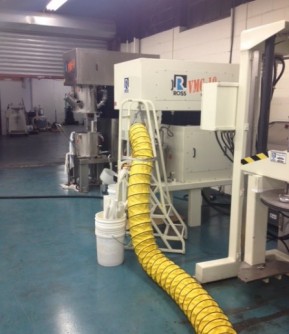 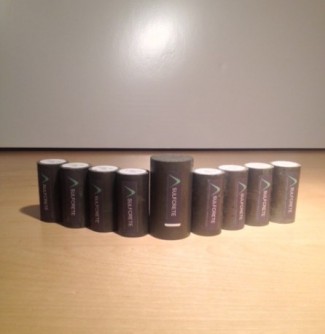 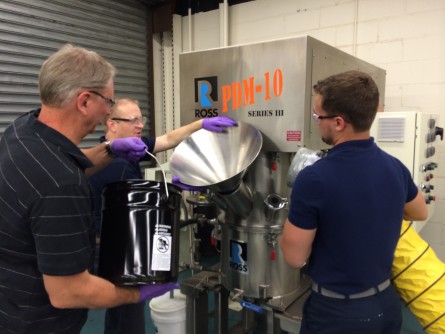 Newswise — Long Island start-up company SulfCrete, Inc. has been exploring commercialization of sulfur polymer, a unique and affordable construction material developed at the U.S. Department of Energy’s (DOE) Brookhaven National Laboratory that has a very small carbon footprint compared to the existing concrete products it might one day replace.

Production of concrete, a ubiquitous construction material, is one of the biggest contributors to our world’s carbon footprint. Between the energy needed to heat limestone—one of concrete’s key ingredients—and the carbon dioxide released when producing cement, concrete production is estimated to be responsible for five to 10 percent of all greenhouse gases released to the atmosphere.

SulfCrete, Inc. has licensed the technology from Brookhaven Lab, and its product, which uses sulfur polymer to replace cement, will be more than 90 percent “greener” than existing concrete. Unlike conventional cement, which requires the addition of water and a chemical hydration reaction to set and cure over time, sulfur polymer is melted, mixed with aggregate, and cures to 90 percent full strength within hours after cooling to ambient temperatures.

Brookhaven scientist Paul Kalb has been studying sulfur polymer and its uses for many years and is optimistic that the positive results achieved in the laboratory will be scalable for commercialization. He notes that sulfur polymer offers additional advantages over conventional concrete that make it a more desirable material.

“Concrete is very porous,” he said. “Water can move in and out of it very easily. This new material reduces permeability and is also extremely strong.”

Brookhaven Lab has been studying sulfur polymer applications for decades. The material was invented in the early 1970s by the U.S. Bureau of Mines (USBM), looking for beneficial uses for waste sulfur. Elemental sulfur is ubiquitous as a byproduct but is subject to phase transitions that reduce its physical stability after being melted and re-solidified. USBM researchers found they could add organic materials like dicyclopentadiene, which is very expensive, to suppress these phase transitions. Except for limited niche applications, the high cost has proven prohibitive for widespread use.

Kalb recalls first becoming aware of sulfur polymer’s potential advantages some 30 years ago while working on better ways to encapsulate radioactive waste. The technique at the time was to simply mix the waste with cement until it formed a solid that could be buried. This approach presented a number of problems related to the limitations of Portland cement, such as chemical interactions with the waste that interfere with cement hydration.

Kalb’s team began looking at thermoplastic materials, including sulfur polymer, as a substitute, thereby increasing waste compatibility and reducing leachability. This sulfur polymer solidification process was patented by Brookhaven Lab. The technology was later modified to treat hazardous waste such as mercury by including both chemical stabilization and physical encapsulation. Brookhaven received an additional patent for this Sulfur Polymer Stabilization/Solidification (SPSS) technique and a gold mining company licensed it for mining applications.

Mercury remediation in KazakhstanSome time later, while working in Kazakhstan on a DOE initiative, Kalb assisted an environmental remediation project using SPSS to treat highly toxic mercury waste. In Kazakhstan, Kalb’s team identified a chemical factory with waste mercury that needed to be cleaned up, and found that large stockpiles of sulfur were available from the emerging local oil and gas industry. In the course of pursuing the project, Kalb and his colleagues in Kazakhstan devised a plan to reduce the cost so it would be a more viable alternative to concrete. Using other less-expensive organic materials like oil refinery waste to react with the sulfur, they found a formulation that seemed to work as they hoped and they started the process to patent it internationally, a process that is still ongoing.

A few years later, Brookhaven Lab researchers began experimenting with the formulation of these polymers and had an independent laboratory conduct performance tests.

“The results of these initial performance tests were very positive,” Kalb said. “The normal strength of Portland cement mortar is about 20 to 23 megapascals (MPa). The average strength of our sulfur polymer mortar test samples was more than three times that, over 60 MPa. The material also had other desired properties, as its permeability was very low. “

SulfCrete More recently, SulfCrete CEO and co-founder William Biamonte, who had previously been involved in developing cool-roof technologies, contacted Brookhaven’s Office of Technology Transfer and Partnerships (OTCP) with an interest in potential technologies available for licensing that would help reduce carbon emissions. It was through OTCP that he first learned about the Lab’s sulfur concrete.

“I was unaware that concrete production is the third-worst source of environmental pollution in the world,” he said. “With cool roofs taking off across the world, there is also a secondary and more important concept called cool paving. I saw a technology that could lower carbon emissions, upcycle waste materials to a much greater value, use zero water, and be used as a heat island mitigation.”

With financial assistance from Accelerate Long Island, the Long Island Emerging Technology Fund, the National Science Foundation, and Stony Brook University’s Sensor CAT program, Biamonte and his partners formed SulfCrete as a startup company to contract with Brookhaven and Stony Brook for further development and testing of the product.

“There are concrete manufacturers all over the world looking for a low-impact material with a longer life cycle than conventional Portland concrete,” Biamonte said. “SulfCrete is a low-impact, low-carbon technology that’s impervious to salt water, chemicals, and acid attacks. I think this is going to be a technology breakthrough.”

“The world has changed dramatically,” he said. “From Manhattan hit with hurricanes to Bangladesh, where there are so many floods that the ground is too salinized to grow crops there anymore. Everything that’s been built of steel and concrete is being compromised by the salt water— including piers, pilings, and bulkheads. So, making the world more adaptable to our changing climate is an important consideration for our future. “

SulfCrete is one of several Brookhaven Lab technologies that will be showcased at a May 8th forum sponsored by the Long Island Capital Alliance. For more information on the forum, go to http://www.licapital.org/event-1818819. 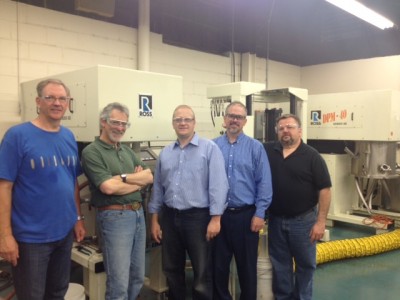 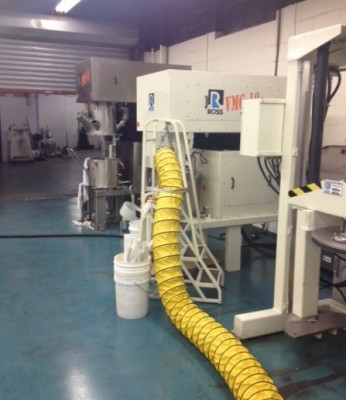 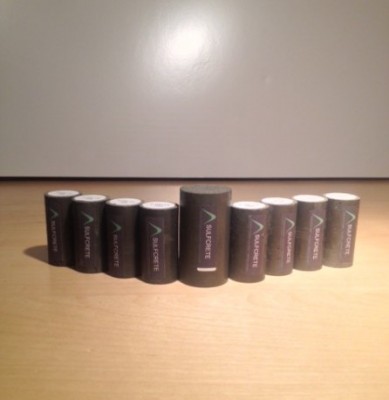 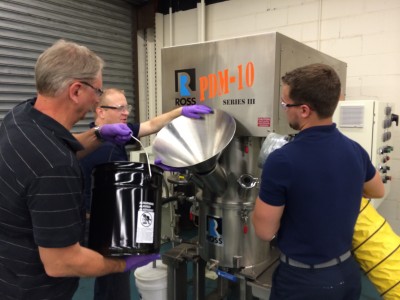