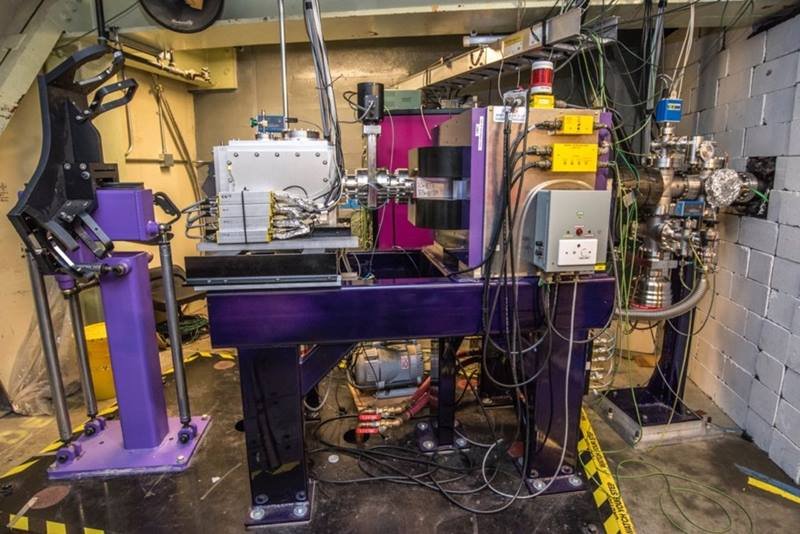 Scientists made the first direct, definitive measurement of the weight, also known as the mass number, for two superheavy nuclei. Now, scientists know the weight (total number of protons) of nihonium-284 (113 protons) and moscovium-288 (115 protons). The results have confirmed the previous assignments of the mass numbers from these indirect measurements.

Historically, scientists have used models to determine the mass number and atomic number, a measure of the total number of protons in an atom’s nucleus, of superheavy elements. These exotic elements offer insights into potentially useful features in the Periodic Table. This result would open up a whole range of physics for superheavy elements. For example, it would allow new studies of the structure and chemistry of these exotic elements. Also, it offers a deeper understanding of how these elements bond with other elements.

A “superheavy” element is one that typically contains more than 103 protons in its nucleus and refers to the transactinide elements on the Periodic Table; these elements do not occur naturally. For over 20 years, new superheavy radioactive elements, with up to 118 protons and 177 neutrons, have been synthesized at heavy-ion accelerator laboratories by fusing together beams of atoms with various actinide isotopes (for example, americium-243). Fundamental measurements of quantities such as weight, or mass number (A), are difficult to make and have never been determined directly on elements beyond lawrencium. These quantities are key to understanding the structure and decay properties of the heaviest elements. FIONA (“For the Identification Of Nuclide A”), a new mass analyzer at Berkeley Lab, has enabled the first direct determination of the mass numbers for the superheavy nuclei nihonium-284 (113 protons) and moscovium-288 (115 protons). The nuclear physics experiment, which was carried out at Berkeley Lab’s 88-Inch Cyclotron facility, ran for approximately 30 days with an integrated beam of more than 1019 atoms of calcium-48 on the americium-243 target. Nuclei of different mass-to-charge ratio were spatially separated after their synthesis and were detected by a silicon detector in FIONA. The positions where the nuclei hit the detector reveal their mass numbers.