Newswise — Scientists for the first time have developed a single molecule that can absorb sunlight efficiently and also act as a catalyst to transform solar energy into hydrogen, a clean alternative to fuel for things like gas-powered vehicles.

This new molecule collects energy from the entire visible spectrum, and can harness more than 50% more solar energy than current solar cells can. The finding could help humans transition away from fossil fuels and toward energy sources that do not contribute to climate change.

The researchers outlined their findings in a study published today in Nature Chemistry. The research team was led by Claudia Turro, a chemistry professor and director of The Ohio State University Center for Chemical and Biophysical Dynamics. 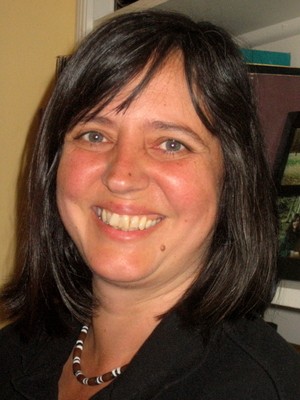 “The whole idea is that we can use photons from the sun and transform it into hydrogen. To put it simply, we are saving the energy from sunlight and storing it into chemical bonds so it can be used at a later time,” Turro said.

Photons are elemental particles of sunlight that contain energy.

The researchers showed, for the first time, that it is possible to collect energy from the entire visible spectrum of sunlight — including low-energy infrared, a part of the solar spectrum that previously had been difficult to collect — and transform it, quickly and efficiently, into hydrogen. Hydrogen is a clean fuel, meaning it doesn’t produce carbon or carbon dioxide as a byproduct of its use.

Turning energy from the sun into, say, fuel for a car, first requires a mechanism to collect the energy. That energy then has to be converted into a fuel. The conversion requires something called a catalyst — a thing that speeds up a chemical reaction, allowing the conversion from solar energy to usable energy like hydrogen.

Most previous attempts to collect solar energy and turn it into hydrogen have focused on the higher-energy wavelengths of sunlight — think ultraviolet rays, for example.

Previous attempts also have relied on catalysts that are built from two or more molecules, which exchange electrons — energy — as they make fuel from solar power. But energy is lost in the exchange, making those multi-molecule systems less efficient.

Turro’s research team figured out how to make a catalyst out of just one molecule — a form of the element rhodium — which means less energy is lost, she said. And they figured out how to collect energy from infrared to ultraviolent — the entire visible spectrum. The system this research team designed is nearly 25 times more efficient with low-energy near-infrared light than previous single-molecule systems operative with ultraviolet photons, according to the study.

In the study, the researchers used LEDs to shine light onto acid solutions containing the active molecule. When they did, they found that hydrogen was produced.

“I think the reason it works is because the molecule is difficult to oxidize,” she said. “And we have to have renewable energy. Just imagine if we could use sunlight for our energy instead of coal or gas or oil, what we could do to address climate change.”

Before the research team’s finding can be put into real-world applications, Turro said, there is still much work to be done. Rhodium is a rare metal and producing catalysts from rhodium is expensive. The team is working on improving this molecule to produce hydrogen over a longer period of time and is working on building the catalyst out of less expensive materials.

This work was supported by the U.S. Department of Energy's Office of Science.