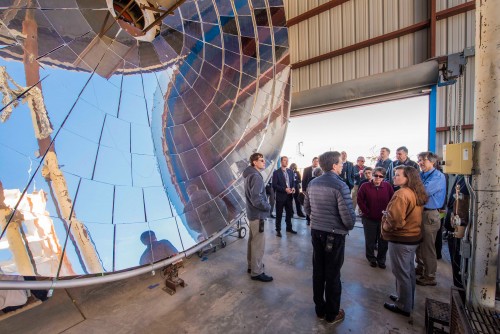 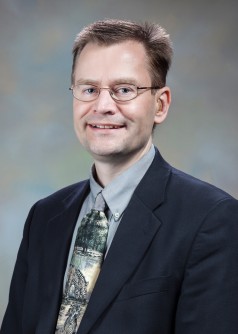 Newswise — ALBUQUERQUE, N.M. — Dan Sinars, a senior manager in Sandia National Laboratories’ pulsed power center, which built and operates the Z facility, is the sole representative from a nuclear weapons lab in a Department of Energy leadership program that recently visited Sandia.

Members of the Oppenheimer Science and Energy Leadership Program (OSELP) are up-and-coming leaders from the 17 DOE labs selected to learn about the DOE enterprise and how it fits within the national research landscape.

The DOE tapped Sinars for the inaugural OSELP class after Sandia leadership nominated him. His research focuses on z-pinch phenomena and high energy density physics, which could lead to usable fusion-based energy. The nominations went to an advisory committee of former laboratory directors, which chose him and 13 others from a pool of internal leaders and external collaborators nominated by each of the labs.

The OSELP gives Sinars opportunities to learn about the research climate at the other DOE labs from site visits and the other members. “It’s enlightening to talk to people from different labs and find out how they do things there. As an NNSA lab, Sandia is pretty different, but it’s the same too,” said Sinars.

Sinars is no stranger to national recognition. He has received a DOE Early Career investigator award and Presidential Early Career Award for Scientists and Engineers award in addition to American Physical Society awards.

A major component of the OSELP program is site visits. The first was to the San Francisco Bay area last June, which included conversations with leaders and tours of SLAC, Lawrence Berkeley and Lawrence Livermore national labs as well as Stanford University and Google. One highlight was a presentation by Paul Alivisatos, former director of Lawrence Berkeley National Laboratory, who discussed the spectrum of missions and approaches at DOE laboratories ranging from the academic to the more applied, recalled Sinars.

The group met with leaders at DOE and other federal agencies in Washington, D.C., and visited the National Renewable Energy Laboratory in Colorado.

Recently, members of the program visited Sandia and Los Alamos national laboratories. At Sandia, the group toured the Center for Integrated Nanotechnlogies, a joint Sandia-Los Alamos research hub; the Microsystems and Engineering Sciences Applications fabrication facility; the National Solar Thermal Test Facility; the Battery Abuse Testing Laboratory; and the Z facility, where Sinars works. They also got a chance to talk with Sandia leaders, including President and Laboratories Director Jill Hruby.

“The most interesting thing about Sandia is the diversity of programs and people. All this research grew from one core mission to many different areas,” said Amy Marschilok, a researcher focusing on developing better batteries and OSELP participant from Brookhaven National Laboratory and Stony Brook University.

Last week, the OSELP attended the DOE’s Big Ideas Summit. There, participants presented “think pieces” developed over the past year about the DOE’s challenges and role in the research landscape. Sinars presented on attracting and retaining the best researchers. His group surveyed previous DOE Early Career award winners to learn what the DOE is doing well to attract and keep these top performers, and will use the results to make recommendations for future DOE recruiting efforts, Sinars said. 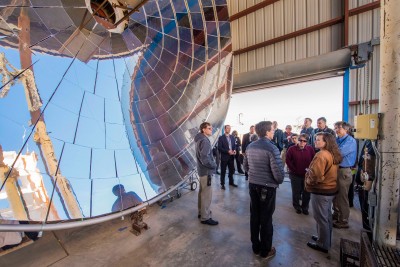 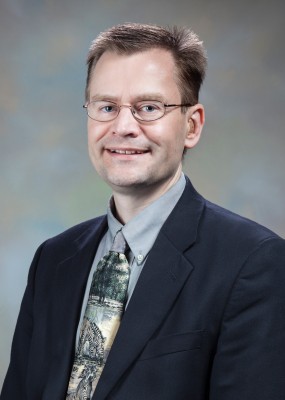