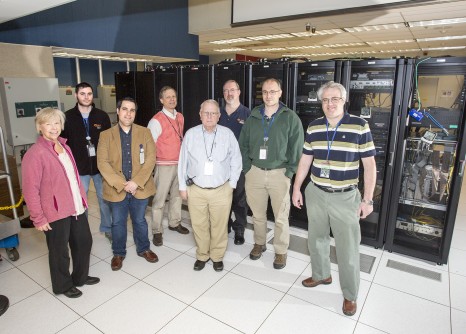 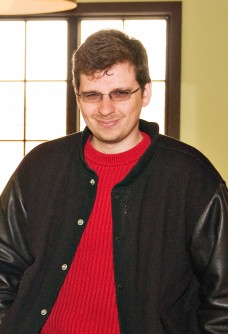 Keith Erickson designed the real-time computer and software system for the DCPS. 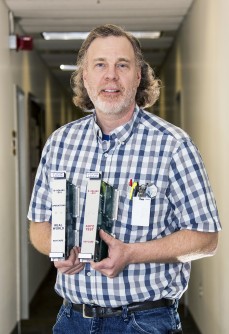 Hans Schneider, who built the DCPS hardware that ties the system together, holds key cards that select for run mode or test mode

Newswise — As the most powerful spherical tokamak in the world, the National Spherical Torus Experiment-Upgrade (NSTX-U) at the U.S. Department of Energy’s Princeton Plasma Physics Laboratory (PPPL) produces magnetic forces that are far greater than what its predecessor could generate. Moreover, the power supply system that drives current in the fusion facility’s electromagnetic coils can potentially produce even higher forces unless properly constrained. To access the impressive operating capability planned for NSTX-U, while protecting the coils from accidental overload, a new Digital Coil Protection System (DCPS) was a key requirement.

At PPPL, engineers have successfully designed, built, tested and installed a state-of-the- art system that is up to the task. It replaces the analog system on the old NSTX that was too limited for the new operating levels. The new approach provides real-time computation of forces and stresses that result from the combined influence of current flowing in all the coils and in the plasma that fuels fusion reactions. This system is the first digital safeguard for a fusion device, said Charles Neumeyer, the engineer who defined its requirements, and could serve as a model for other labs, including ITER, the international experiment under construction in France. This work was supported by the DOE Office of Science.

The safeguard consists of hardware, software and a network of fiber-optic cables that all work together at lightening speed. The system checks critical variables during each NSTX-U shot at a rate of 1,200 times every 200 microseconds and forces a shutdown if pre-set limits are approached.

The team that developed the DCPS devoted four years of long hours to a project disrupted by tragedy when Ron Hatcher, a beloved engineer who led the work, suddenly died. “At our first meeting afterward I said to the team, ‘Ronnie’s gotten us this far, let’s finish it.’ And we did,” recalled engineer Tim Stevenson, who became leader of the project in 2014.

The advanced system’s software consists of two identical codes that look at the same data and back each other up. The first code, located in the NSTX-U control room computer, is set more restrictively to trip first. The second code, which runs on a dedicated computer at the site of the NSTX-U, would respond and trip second. The two are independent and redundant and each is set to operate if the other one fails.

This system is highly flexible. Engineers have already adjusted it to ensure that the ohmic heating coil that puts current in the plasma stays hotter than the coils that produce the magnetic field that encircles the plasma. This proved necessary when an intended air gap between the ohmic heating coil and the inner coils was not provided during the construction process.

A project within a project

Development of the DCPS “was a project within a project,” Stevenson noted, because it paralleled development of the NSTX-U “and was a real team effort.” Major contributors included engineers Keith Erickson, who designed the real-time computer and software system, and Hans Schneider, who built the hardware that ties the DCPS together with substantial assistance from Vince Mastrocola, Kevin Lamb, Gary Gibilisco and John Dong.

Key contributions came also from engineers Gretchen Zimmer, who developed an auto-testing system for the software; Greg Tchilinguirian, who designed data management systems; Roman Rozenblat, who tested the software; John Lawson, who developed fiber-optic connections; and Paul Sichta, who provided input to the overall design. Engineer Peter Titus and members of the engineering analysis division derived protection algorithms for NSTX-U throughout the entire upgrade design process. Physicist Stefan Gerhardt, who heads experimental research operations for the NSTX-U, compiled these results into a format appropriate for the real-time protection system and verified the final results.

The DCPS has proven vital to the NSTX-U. “The system has worked effectively,” Stevenson said. “It caught things it was supposed to catch and plays a critical role in protecting the upgraded facility.” 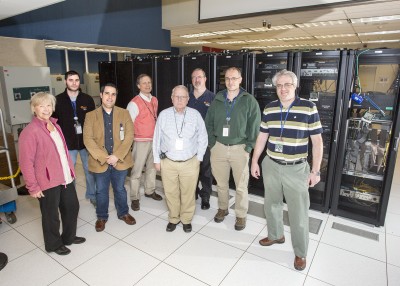 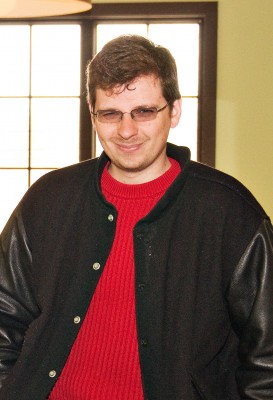 Caption: Keith Erickson designed the real-time computer and software system for the DCPS. 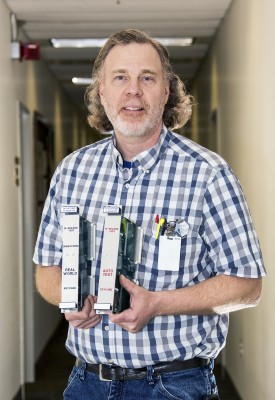 Caption: Hans Schneider, who built the DCPS hardware that ties the system together, holds key cards that select for run mode or test mode