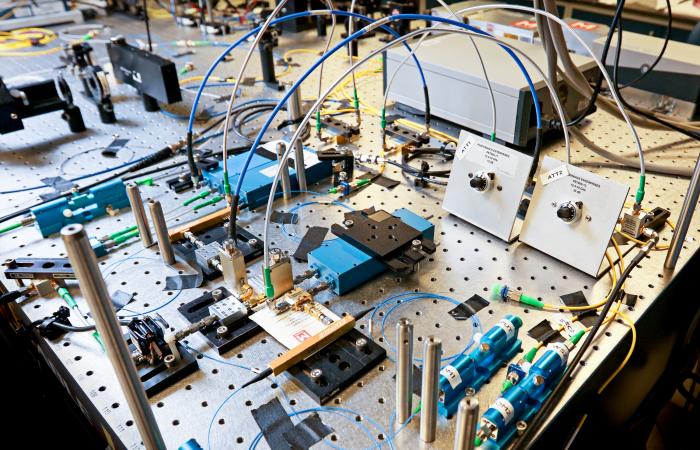 Oak Ridge National Laboratory will lead or participate in collaborative research projects aimed at harnessing the power of quantum mechanics to advance a range of technologies including computing, fiber optics and network communication. 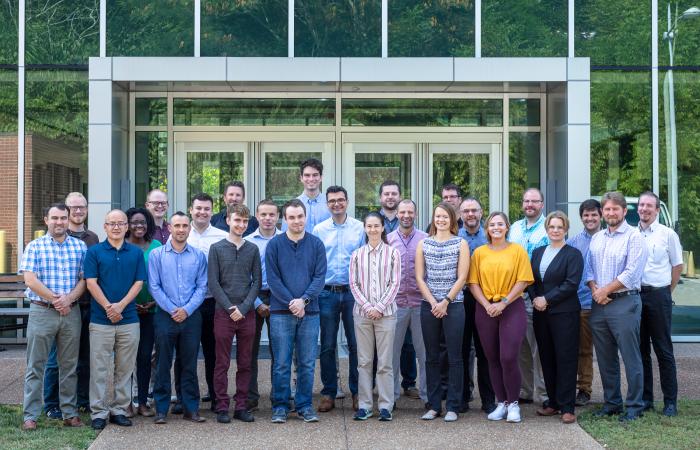 Newswise — OAK RIDGE, Tenn., Sept. 16, 2019—Three researchers at the Department of Energy’s Oak Ridge National Laboratory will lead or participate in collaborative research projects aimed at harnessing the power of quantum mechanics to advance a range of technologies including computing, fiber optics and network communication.

The application of quantum mechanics to computing and the processing of information holds enormous potential for scientific discovery and innovation. ORNL’s established programs in these domains make it an ideal partner in the quest to advance quantum technologies for applications in science and national security.

Quantum technologies use units known as qubits to greatly increase the threshold at which information can be transmitted and processed. Whereas traditional “bits” have a value of either 0 or 1, qubits are encoded with values of both 0 and 1, or any combination thereof, at the same time, allowing for a vast number of possibilities for storing data.

While still in its early stages, quantum technology is being harnessed to develop computers that, when mature, will be exponentially more powerful than today’s leading systems. Beyond computing, however, quantum information science, particularly in the form of quantum networks, shows great promise to advance a vast array of research domains, from encryption to artificial intelligence to cosmology.

In total, DOE’s Office of Science made available more than $60 million to 10 universities, nine national laboratories, and one non-profit via its Advanced Scientific Computing Research program.

$47 million will be provided for three 5-year projects aimed at accelerating progress in quantum computing. ORNL is represented by two research teams on two of the three funded projects, each headed by a member of the laboratory’s Quantum Information Science Group.

“One of the main goals of the FAR QC project is to provide the scientific community with novel quantum, hybrid quantum-classical, and quantum-inspired algorithms to advance basic research capabilities in quantum simulations, optimization, and machine learning,” Lougovski said. The team will target algorithms for both near- and long-term quantum hardware architectures and will interact with the AIDE QC project tightly on implementing and porting the algorithms across different platforms.

$13.7 million will be provided for five four-year projects aimed at developing wide-area quantum networks, with the goal of greatly boosting the range of quantum-based communications using existing fiber optic connections. Such a goal requires new science and technology, such as the type of quantum repeaters being developed at ORNL.

Nick Peters, the laboratory’s Quantum Information Science group leader and senior staff scientist, will lead a team that received more than $3 million to determine the architectural foundations for future transparent, all-optical networks based on quantum repeaters. This hybrid continuous variable-discrete variable network will maximize quantum information throughput and efficiency via the use of coexisting quantum and classical optical traffic and hybrid components. It seeks to develop critical network building blocks via quantum light sources compatible with existing telecom fiber networks, the development and testing of quantum and classical component coexistence, and hybrid network protocols, as well as to define a blueprint for hybrid quantum repeater platforms.

“This work generalizes and leverages considerable expertise at The University of Arizona, Perspecta Labs, and ORNL from previous coexistence experiments for quantum key distribution applications,” said Peters. “The data will result in experimental error models of quantum state transmission under many network configurations and help guide the development of quantum networks critical to quantum communications and cybersecurity.”

UT-Battelle manages ORNL for DOE’s Office of Science. The Office of Science is the single largest supporter of basic research in the physical sciences in the United States, and is working to address some of the most pressing challenges of our time. For more information, please visit https://energy.gov/science.

Caption: Oak Ridge National Laboratory will lead or participate in collaborative research projects aimed at harnessing the power of quantum mechanics to advance a range of technologies including computing, fiber optics and network communication.