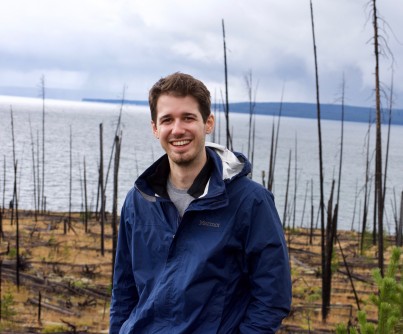 Newswise — Ian Ochs, a graduate student in the Program in Plasma Physics, has won a Porter Ogden Jacobus Fellowship, the most prestigious of the honorific fellowships that the University awards annually for academic excellence. The award goes to only one student in each of the four graduate school divisions — humanities, social sciences, natural and physical sciences, and engineering.

Ochs captured this top honor in the physical sciences division for the 2020-21 academic year.

The fellowship includes full tuition and a stipend to free recipients from other obligations as they complete their dissertations. The only previous winner of the Jacobus Fellowship coming from the Program in Plasma Physics was Stanislav Boldyrev, who graduated in 1999 and is now a physics professor at the University of Wisconsin.

“This is a really an honor and a wonderful surprise,” Ochs said. For his thesis research he is exploring the use of plasma waves to harvest fusion energy under the supervision of his advisor, Professor Nat Fisch. Fisch is Director of the Program in Plasma Physics and Associate Director for Academic Affairs at the U.S. Department of Energy’s (DOE) Princeton Plasma Physics Laboratory (PPPL).

Ochs became interested in science while researching protein structure in high school, where he was a United States Presidential Scholar. He went on to study the evolution of large animal populations in college “and was pretty set on continuing with biophysics,” he said. “But in my junior year I started to think about how physics might be used to solve the world’s most pressing problems, and was captivated by the idea of harnessing fusion as a source of nearly limitless clean energy.”

His college advisor recommended contacting Fisch, who recruited him to the National Undergraduate Fellowship Program in Plasma Physics, a DOE-sponsored summer internship program centered at PPPL. While at PPPL, together with Fisch and PPPL physicist Nicola Bertelli, Ochs studied how energy could be extracted from high-energy alpha particles in tokamak reactors to amplify plasma current drive.

Ochs’s thesis now explores the mutual interactions between rotating plasmas and waves, which he describes as one of the most important and least understood phenomena in plasma physics, and which he is developing methods to control. “I really value communicating ideas in a very simple, clear and straightforward manner,” he said. “It is therefore my hope that my thesis will be able to take some existing but scattered ideas about energy and momentum exchange between waves and magnetized plasmas, and integrate them into a clear, self-consistent theoretical framework that can be easily applied to more general problems.”

According to Fisch, “Ian has already accomplished what amounts to an exceptional thesis or two. His research has already had significant impact in several, quite diverse, subareas of plasma physics. In fact, I have long ago alerted Ian that he has already done more than enough of importance and consequence to graduate. However, with each problem solved, there have always somehow emerged new, curious, and critical questions yet to be answered. Ian now has a burning and unstoppable desire to pursue to resolution in a final year of research the underlying fundamental connections between his apparently diverse contributions, addressing in a profound way how exactly charge might be transported in plasma by waves. One cannot teach passion, but the very least one can do is to accept it and enjoy it. So, one more year. There are conundrums here that have long puzzled me too – and I really do want to see what Ian will find.”

The Program in Plasma Physics, a graduate program at Princeton University, is academically located within the Department of Astrophysical Sciences, through which students earn the Ph.D. degree. It is largely supported by DOE through PPPL. In addition to his support from CSGF, the research of Ian Ochs has benefitted from support of the National Science Foundation and the National Nuclear Security Administration administered through the Department of Astrophysical Sciences.