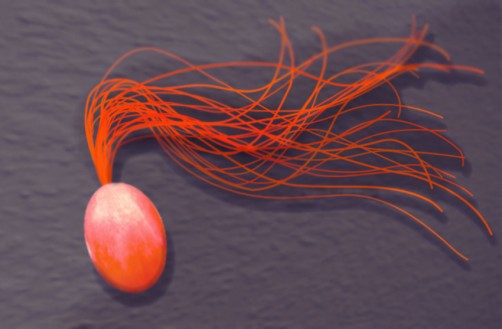 The U.S. bioethanol industry depends largely on turning a certain sugar into the simple two-carbon alcohol, the biofuel ethanol. Interest has increased around microorganisms that produce alcohols with superior fuel characteristics compared to ethanol. However, much of this work has focused on engineered organisms that operate at ambient temperatures. Turning up the heat offers lower costs for certain steps and other advantages. Researchers engineered the heat-loving microbe to produce not only ethanol, but also a range of other alcohols.

The ability to produce bioalcohols at temperatures above 70°C (158°F) has advantages over lower temperature processes, including lower risk of microbial contamination, higher diffusion rates, and lower cooling and distillation costs. This study has found the first example of significant alcohol formation in an archaeon, a single-celled organism. The work emphasizes the biotechnological potential of some archaeon to produce biofuels.

Researchers within the U.S. Department of Energy’s BioEnergy Science Center describe the metabolic engineering of the hyperthermophilic archaeon, Pyrococcus furiosus. This microbe is engineered to produce not only ethanol, but also a range of other alcohols at 70°C−80°C via a synthetic pathway not known in nature and fundamentally different from those previously described. Specifically, the researchers engineered P. furiosus to produce various alcohols from their corresponding organic acids by constructing a new synthetic route termed the AOR/AdhA pathway. For example, in addition to converting acetate to ethanol, the synthetic pathway was shown to convert longer-chain acids to alcohols, such as propionate to propanol, isobutyrate to isobutanol, and phenylacetate to phenylalcohol.