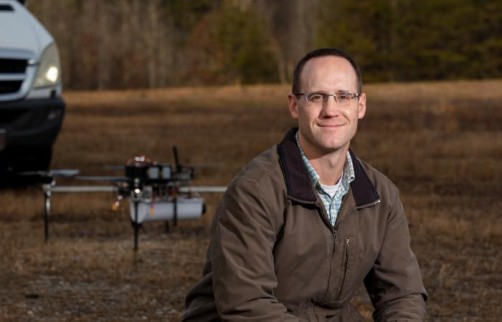 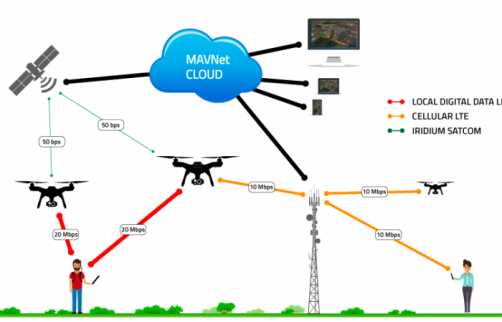 The ORNL-developed Multimodal Autonomous Vehicle Network, or MAVNet, allows users to reliably operate unmanned vehicles such as drones from anywhere in the world using only an internet connection.

Newswise — Horizon31, LLC, of Knoxville, Tenn., has exclusively licensed a novel communication system that allows users to reliably operate unmanned vehicles such as drones from anywhere in the world using only an internet connection. The technology, developed by the startup’s founders at the Department of Energy’s Oak Ridge National Laboratory will enable commercial, government and consumer drone use at scale.

Unmanned aerial vehicles, or drones, are typically operated by a single pilot on the ground using a handheld radio controller. This method works within the pilot’s visual range but becomes limiting as the aircraft flies beyond line of sight, where operation is more difficult and connectivity can be spotty.

“To make these unmanned systems commercially viable – if you want to deliver packages, for instance – you have to be able to move beyond visual line of sight,” said Andrew Harter, chief executive officer of Horizon31. “In a lot of situations, you’re not going to have someone on the ground watching the entire time.”

The novel ORNL-developed software system, called the Multimodal Autonomous Vehicle Network, or MAVNet, solves this problem by enabling redundant connections through multiple communication pathways. With MAVNet, a pilot can simply log into the drone through the internet and “talk” to the system through a combination of local digital links, cellular services and satellite connections. These redundant options ensure positive control during a flight – even in areas with poor coverage or network lags.

Uniquely, the system routes data via a central cloud server. Competing systems use an embedded computer integrated within the drone to provide remote connectivity, which can become bogged down when multiple users try to access information at the same time. Developed as part of ORNL’s advancement of the science of national security, the MAVNet architecture is fully scalable, making it ideal for large fleets or multiple simultaneous users.

“We’re changing the ecosystem of how unmanned systems communicate and how people interact with them,” Harter said. “We’re excited to bring this new level of control to users everywhere.”

ORNL staff members Andrew Harter, Brad Stinson and Bogdan Vacaliuc conducted their original research and development as part of the National Security Sciences Directorate, which is currently expanding its activities and hiring staff in the area of unmanned vehicle technology. The trio formed Horizon31 to build a set of products and services that provide customized unmanned vehicle control systems. The Horizon31 team expects to have the first software prototype ready in the fall of 2020, with hardware available in the spring of 2021.

“ORNL is a leader in unmanned vehicle technology, and we are very interested in seeing a United States company bring this technology to the market,” ORNL’s Director of Technology Transfer Mike Paulus said of the licensing announced today. “We are excited that this team of entrepreneurs has formed a company in our region to commercialize MAVNet.”

The Defense Threat Reduction Agency within the Department of Defense supported the initial research behind this technology. 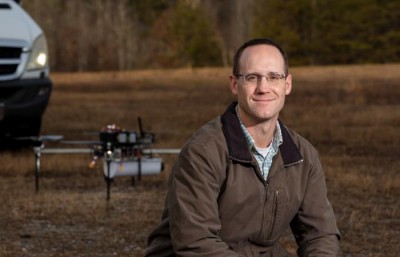 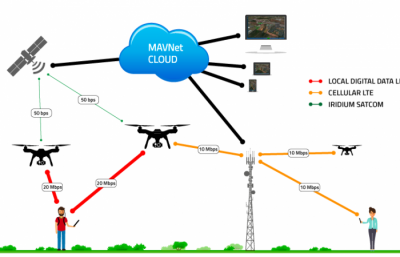 Caption: The ORNL-developed Multimodal Autonomous Vehicle Network, or MAVNet, allows users to reliably operate unmanned vehicles such as drones from anywhere in the world using only an internet connection.