Join Dr. Edward Moses at the February 5 Perimeter Institute Public Lecture to explore how the world`s most energetic laser system, the National Ignition Facility, is honing in on a virtually inexhaustible energy supply.

15-Jan-2014 9:15 AM EST, by Perimeter Institute for Theoretical Physics
favorite_border 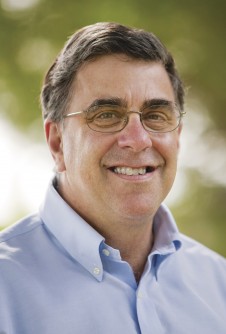 Newswise — January 15, 2014, WATERLOO, ONTARIO, CANADA – Every second nuclear fusion reactions happening deep in the core of our Sun produce enough energy to power every light bulb in your house around the clock until the year 10,000,000,000,002,014. Now, for the first time, we can produce conditions that mimic those found in stellar environments using intensely focused laser energy; the first step to developing our own star-like energy supply here on Earth.

Dr. Edward Moses was the principal associate director of the National Ignition Facility at Lawrence Livermore National Laboratory in Livermore, California, the world’s most energetic laser system. Moses was responsible for the development of laser technologies related to security, economic competitiveness, and laser fusion energy. He is now leading the effort to explore ways to commercialize Laser Ignition Fusion Energy (LIFE).

Moses holds patents in laser technology, inertial fusion energy, and computational physics. He received the Jefferson Award, the Edward Teller Medal, the Fusion Power Associates Leadership Award, the NNSA Defense Programs Award, the R&D 100 Award, and the Project Management Institute Project of the Year Award. Moses is a member of the National Academy, a Fellow of the Optical Society, the American Association for the Advancement of Science, and the International Society for Optics and photonics. He is a member of the California Council on Science and Technology.

Moses’ lecture, entitled “The National Ignition Facility: Pathway to Energy Security and the Physics of the Cosmos,” will be held on Wednesday, February 5, 2014 at 7:00 PM ET in Waterloo, Ontario, Canada. Tickets will be available online starting Monday, January 20, 2014.

You can view past public lectures and events online here. Further details can be found at www.perimeterinstitute.ca.

Perimeter Institute for Theoretical Physics is an independent, non-profit, scientific research organization working to advance our understanding of physical laws and develop new ideas about the very essence of space, time, matter, and information. Located in Waterloo, Ontario, Canada, Perimeter also provides a wide array of research training and educational outreach activities to nurture scientific talent and share the importance of discovery and innovation among students, teachers, and the general public. In partnership with the Governments of Ontario and Canada, Perimeter is a successful example of public-private collaboration in scientific research, training, and outreach. http://www.perimeterinstitute.ca/