24-May-2017 11:55 AM EDT, by Masdar Institute of Science and Technology
favorite_border 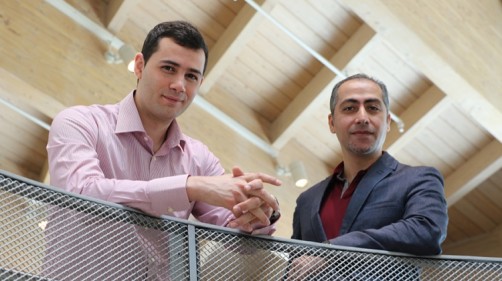 Newswise — A Masdar Institute professor and student have filed a patent application with the US Patent and Trademarks Office for a novel catalytic converter prototype that has the potential to significantly reduce the amount of toxic greenhouse gases emitted through vehicle exhaust.

In most developed countries, the majority of global warming gases that are produced by the transportation sector come directly out of cars’ and trucks’ tailpipes in the form of exhaust. To reduce such high levels of toxic vehicle emissions, Dr. Rashid Abu Al-Rub, Associate Professor of Mechanical and Materials Engineering at Masdar Institute, and PhD student Oraib Al-Ketan have developed an optimized catalytic converter that may boost automobile manufacturers’ ability to produce low-emissions vehicles.

Attempts to reduce the amount of greenhouse gases emitted by cars and trucks have resulted in mandatory emission standards, which automobile manufacturers are reportedly struggling to meet. In 2015, Volkswagen admitted to equipping some of their diesel vehicles with software that allowed the cars to pass emissions tests by appearing as if they emitted lower levels of greenhouse gases than they actually did. And earlier this year a second automobile company, Renault, came under the spotlight for similar practices that reports suggest are not uncommon in the industry.

The excess emissions produced by the thousands of automobiles failing to meet mandatory emission regulations are causing an increase in air pollution, which has an immediate impact on the health and well-being of people across the world, as well as significantly increasing concentrations of global-warming gases in the atmosphere.

“The reason that automobile manufacturers are choosing to cheat emissions inspections rather than manufacture vehicles that are able to legally pass them, is due to the high costs associated with producing cars that meet emission targets,” Dr. Abu Al-Rub explained.

In response to this situation, the MI team has developed novel catalytic converter substrates that will enable automobile companies to manufacture vehicles that meet tighter emission regulations while also reducing their manufacturing costs.

“Compared to conventional catalytic converters, our catalytic substrates have a higher chemical conversion efficiency – which refers to the conversion of toxic gases like unburned hydrocarbons and carbon monoxide into carbon dioxide and water – and can begin the chemical conversion process as soon as one minute after the car is started, resulting in greater emission reductions,” Al-Ketan explained.

The MI catalytic converter’s high conversion efficiency can be attributed to its unique structure, which involves an intricate and intertwined architecture that increases its internal surface area while minimizing its weight. The larger surface area allows more chemical interactions to take place between the gases leaving the engine and the precious metals, resulting in higher toxin removal rates.

The unique structure also reduces the converter’s weight and cost. The lightweight structure in turn reduces the back pressure on the engine, which increases the efficiency of the engine itself and reduces overall fuel consumption, and requires less precious metal, thereby reducing its cost.

In comparison to other trial and error methods used in the making of catalytic converter substrates, the uniqueness of the design of the MI converter substrate is made possible through optimization by a mathematical model, which ensures the converter has the highest chemical conversion efficiency while also maintaining other important characteristics, including durability and lightweight.

With a provisional patent filed for the MI catalytic converter, the researchers are exploring options to launch a spin-off with their innovative technology soon and seeking new collaborators for technology development.

As of January 2017, the innovative research conducted by Masdar Institute students and faculty has resulted in 14 issued US patents, over 90 filed US patent applications, over 140 invention disclosures and more than 1200 published articles in peer reviewed journals, firmly establishing the Institute’s place as a leader in intellectual capital development in the UAE.